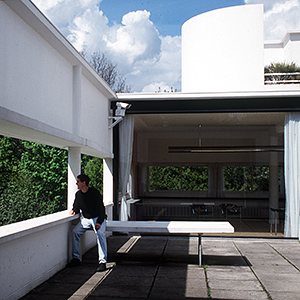 John at the Villa Savoye by Le Corbusier

John Klopf is a licensed architect over 24 years in the field. He is the Founding Principal of Klopf Architecture, which he started in 2001 after working for a few years at other firms. John, along with his wife and their two sons, lives in San Francisco and enjoys walking his dogs to work or biking to work whenever possible.

John was born in Cleveland Ohio, and is a graduate of both Harvard (Bachelor, 1993) and Berkeley (Master of Architecture, 2000). While at Berkeley, he won the highly competitive Branner travel fellowship for nine months of fully-paid independent architectural study in Japan, Europe, and Scandinavia. While at Harvard he studied abroad for one semester in Nanjing, China.

In addition to practicing architecture, John has taught design at USF (the University of San Francisco) as an adjunct professor, taught introductory design classes at Berkeley as a lecturer and graduate student instructor, and managed a major sustainability research project for the architecture department at Berkeley.

Geoff at the Holocaust Memorial by Peter Eisenman in Berlin

Geoff is the Associate of Klopf Architecture. He has been a designer and Project Manager with the firm since 2009, and has worked in architecture for more than 25 years. He graduated with a 5-year professional degree – Bachelor of Architecture – from Philadelphia University in 1997. He has a wide range of architectural and design experience ranging from modern residential to commercial office to sports facilities to socially relevant installations, and manages many modern residential projects for Klopf Architecture’s clients.

As the firm’s only Associate, Geoff is responsible for leading his own projects, helping other project managers and staff, and taking the lead when John is not around. With his many years at the firm under his belt, Geoff is also the go-to guy for “how we do things” and has made an enduring contribution to the firm design-wise. Geoff and John constantly push each other to keep improving the firm’s design direction while honoring the firm’s history and portfolio.

Geoff lives with his wife Diana in San Francisco, travels and explores as much as possible, creates and collects art, and plays soccer when possible. He strongly believes in socially relevant modern design, and strives to apply these sensibilities to his personal and professional work. 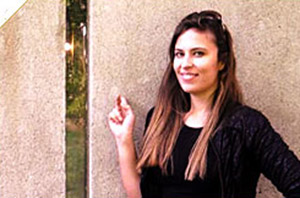 Angela at the Schindler House by R.M. Schindler in Hollywood

Angela has been with Klopf Architecture since 2011. She has a deep-rooted passion for architecture. Angela is originally from Macedonia, she grew up interning at her father’s structural engineering and general contracting company, where she fell in love with watching creative concepts and designs transform into tangible physical spaces. Motivated by her love of design, Angela focused her academic study on architecture by enrolling in the Architecture and Engineering program at her university in Macedonia, and has also studied architecture in Italy ad Greece. In 2006 she seized the opportunity to transfer to the United States and complete her studies in San Francisco. She received her Bachelor’s degree from California College of the Arts in 2010.

Soon after receiving her 5-year professional degree at CCA, Angela joined Klopf as a Project Assistant and worked her way up over the years. Now an Associate and only one test away from her architectural license, she has led dozens of modern and mid-century modern residential projects of all sizes for our clients.

Angela lives in Burlingame, and misses the days of biking to work when she used to live in San Francisco. She enjoys tennis and horseback riding as well as architectural travel. 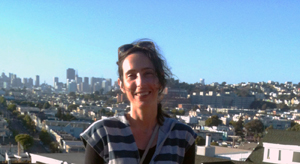 Klara is a Project Architect who has been with Klopf Architecture since 2013. She has over 18 years of experience in the field on both coasts. Formerly licensed as an architect in Connecticut, Klara studied history of art and architecture as an undergrad at Brown University and received her Master of Architecture degree from the University of Oregon in 1999.

In addition to her previous professional experience, Klara has led dozens of modern home projects ranging from mid-century modern remodels to new modernist homes while at Klopf Architecture. Contractors and clients have appreciated her devotion to her projects and her attention to design and detail.

Klara lives in San Francisco with her husband and their daughter. She enjoys walks with her daughter, novels, short stories, foreign films, travel, and spending time with family and friends in the Bay Area and points beyond. 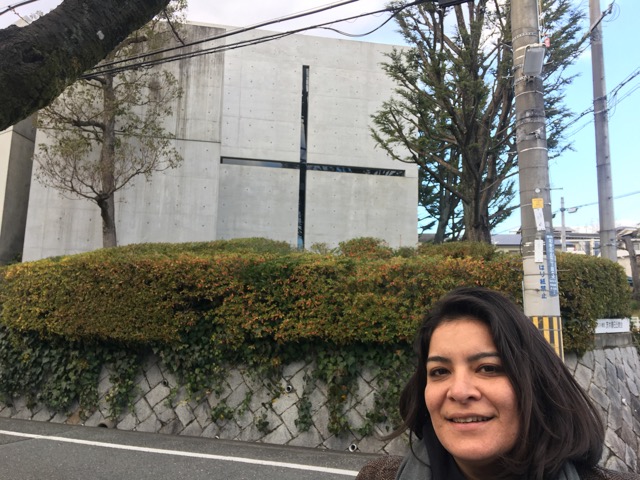 Yeg at the Church of Light, Osaka Prefecture, Japan

Yegvenia, or Yeg for short (pronounced “Jegg”), is a Project Manager at Klopf Architecture. She joined the firm in 2013 after working at other Bay Area architectural firms as an intern and has contributed to the firm’s design and technical expertise over the years. She has led many modern and mid-century modern projects for Klopf Architecture clients ranging in size from small Eichler interiors to complete new buildings.

Yeg was born in Tijuana, Mexico and grew up in San Diego, California. She received her bachelor’s degree from the California College of the Arts in 2012. She has also studied in Italy and Brazil. 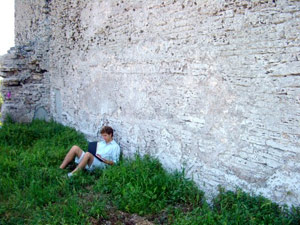 Ethan is a Project Manager at Klopf Architecture. He joined the firm in 2014 after working at other Bay Area architectural firms as an assistant designer, and has been a design and senior designer at Klopf over the years. Ethan has worked on numerous modern and mid-century modern residential projects with the firm and has led many as well. Ethan has a strong passion for design from concept to detail.

He grew up in Colorado and received his bachelor’s degree from the University of Puget Sound, Washington in 2009. He completed a graduate program at Columbia University, New York in 2010 and studied in Rome, Italy. 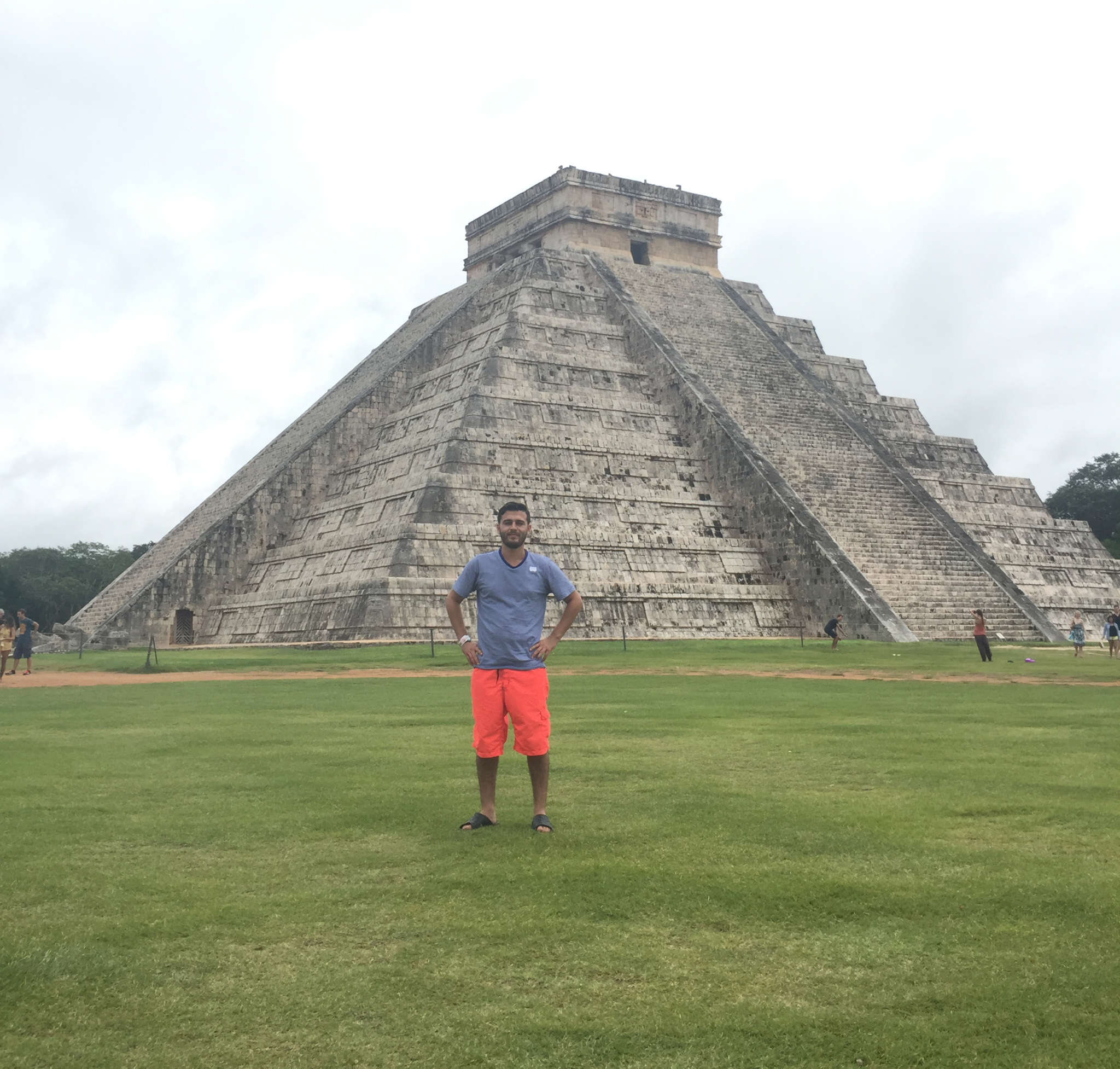 Noel is a Project Manager at Klopf Architecture. He joined the firm the first day of 2016, and has led several modern style remodel projects for the firm’s clients. In his time at Klopf he has also assisted other project managers as a designer and senior designer. Noel brings a keen design eye to his projects and enjoys helping clients along through the project process.

Noel grew up in Chula Vista and California and earned his BArch from California College of The Arts. In addition he studied infrastructure and city planning in Brazil for the Rio Olympics and Word Cup. Noel lives in the Haight Ashbury district of San Francisco and enjoys cooking, traveling, and anything outdoors. 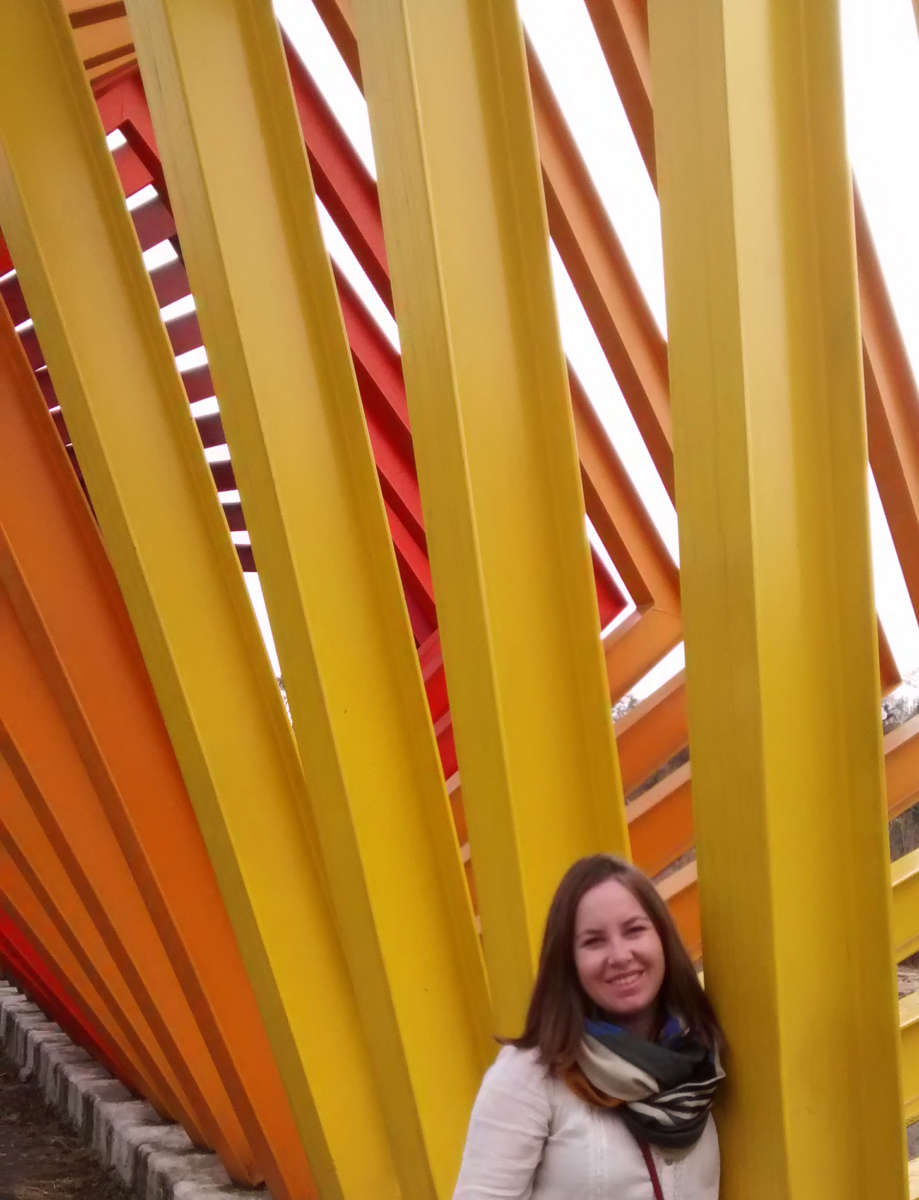 Lucie is a senior designer at Klopf Architecture. She joined the firm in 2017 after working in Paris and Mexico city.

She grew up between Latin America and France, where she earned her MArch at l’Ecole d’architecture de Paris La Villette. She completed a one year exchange program in Fukuoka, Japan. Lucie lives in San Francisco with her husband, she enjoys biking to work, cooking, urban hikes and traveling. 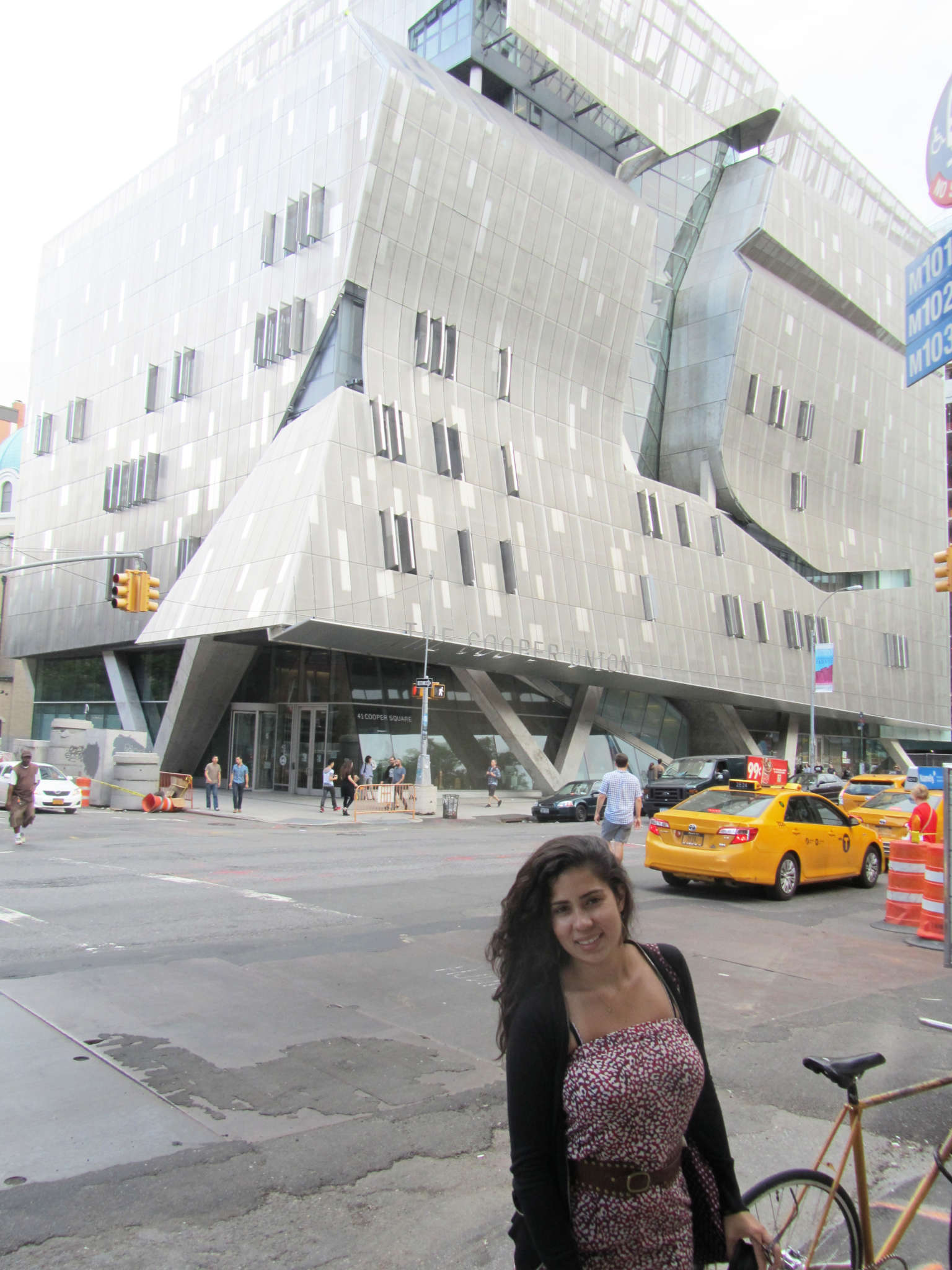 Fernanda is a Designer at Klopf Architecture. She joined the firm in 2017.

She grew up between Brazil and California, where she earned her BArch at California College of the Arts in San Francisco. She studied aboard in Madrid. Fernanda lives in the East Bay with her family and two dogs. She enjoys live music, outdoor activities, reading and traveling. 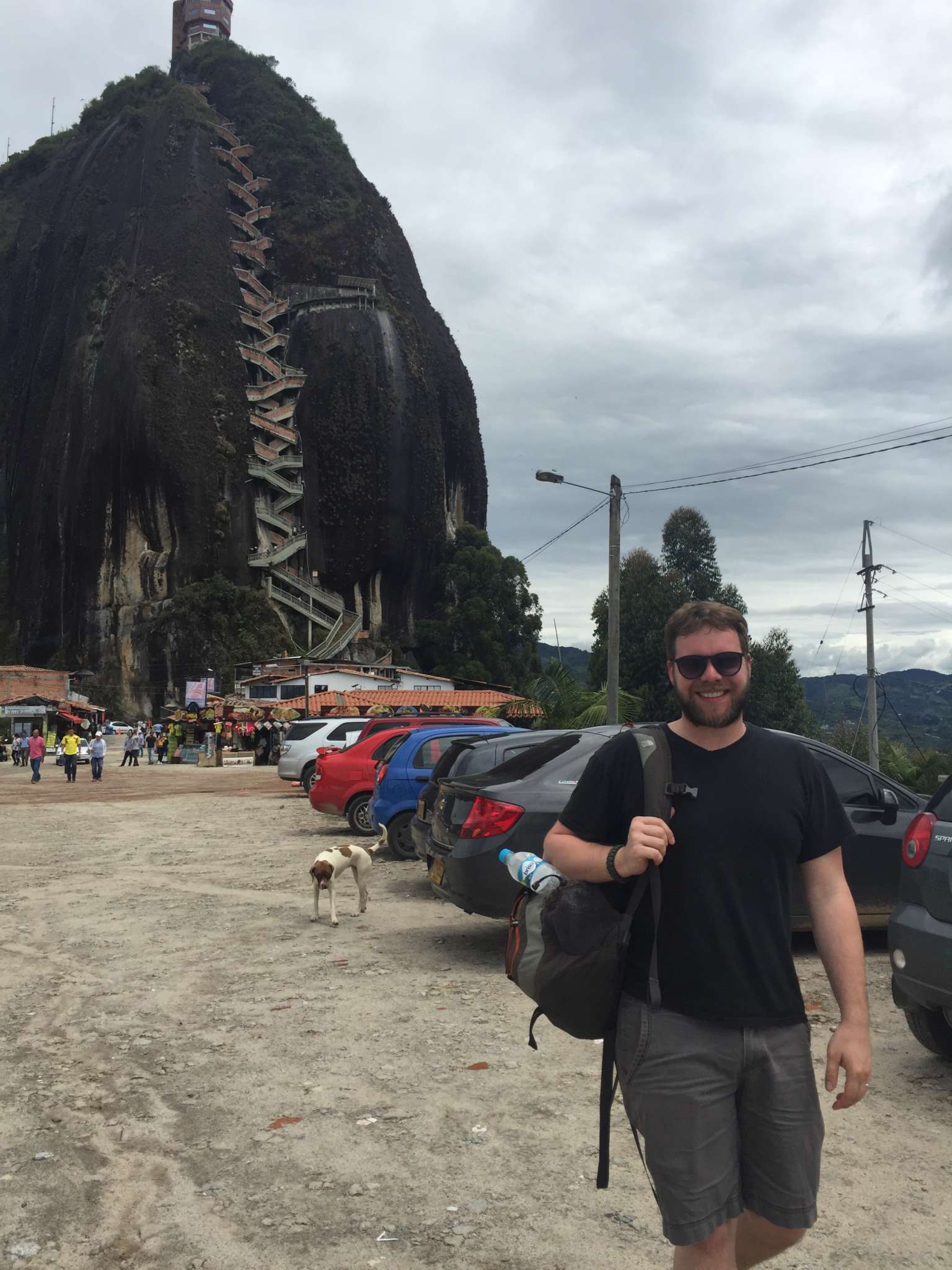 Trenton Jewett is a designer at Klopf Architecture. He joined the firm in 2018 after working for three years on various commercial and residential projects in the bay area. He earned his Bachelors of Architecture at California College of the Arts. Trenton lives in Oakland. He enjoys traveling, cooking and hiking with his fiancé. 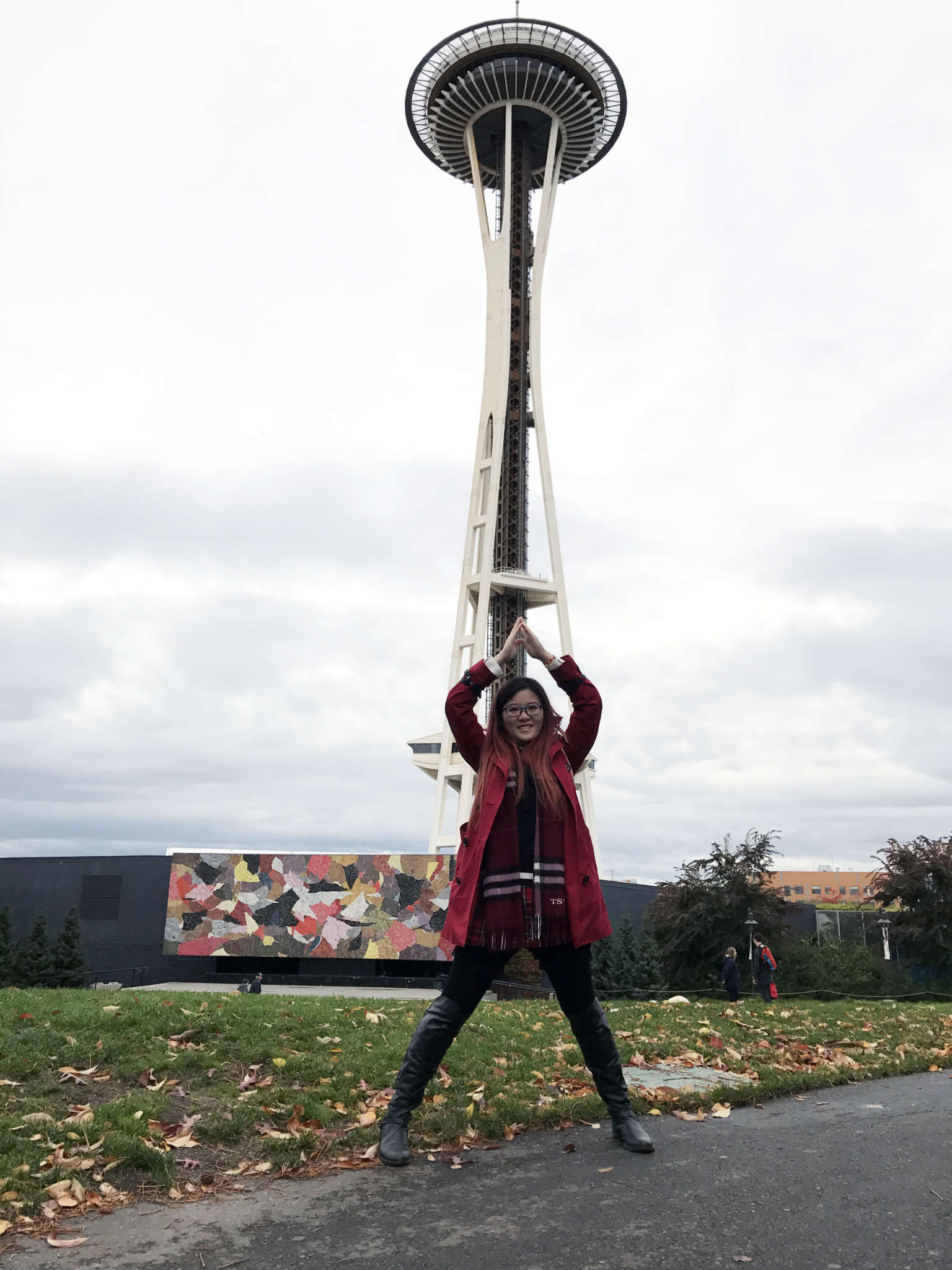 Sherry at the Space Needle, Seattle.

Shuyu Tan, or Sherry is a Designer at Klopf Architecture. She joined the firm in 2017.

She grew up in China and earned her BArch in from University of Wisconsin-Milwaukee in 2014. She completed her graduate program at Washington University in St. Louis in 2016. Sherry lives with her boyfriend and their two cats in San Francisco, she enjoys painting, traveling, food and reading. 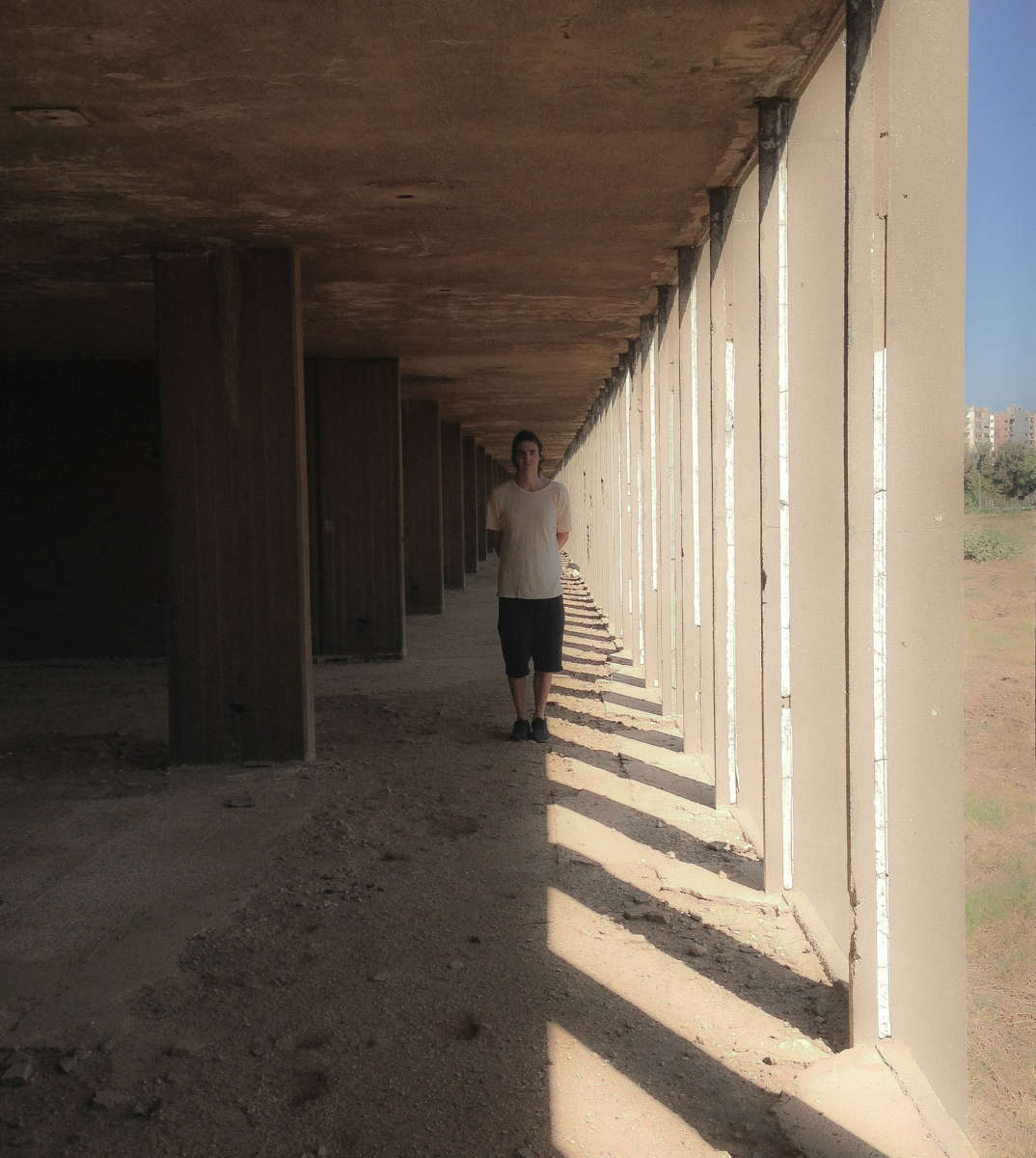 Nicholas at Oscar Niemeyer’s Fair of Tripoli in Lebanon

Nicholas LaNasa is a designer at Klopf Architecture. He joined the firm in 2019 after working at SOM and MBA. He earned his Bachelors of Science in Architecture at the University of Minnesota, studying abroad in Istanbul and Rome. Nicholas lives in San Francisco where he enjoys making and supporting handmade arts, being near nature or city wandering, and seeing performance art and film. 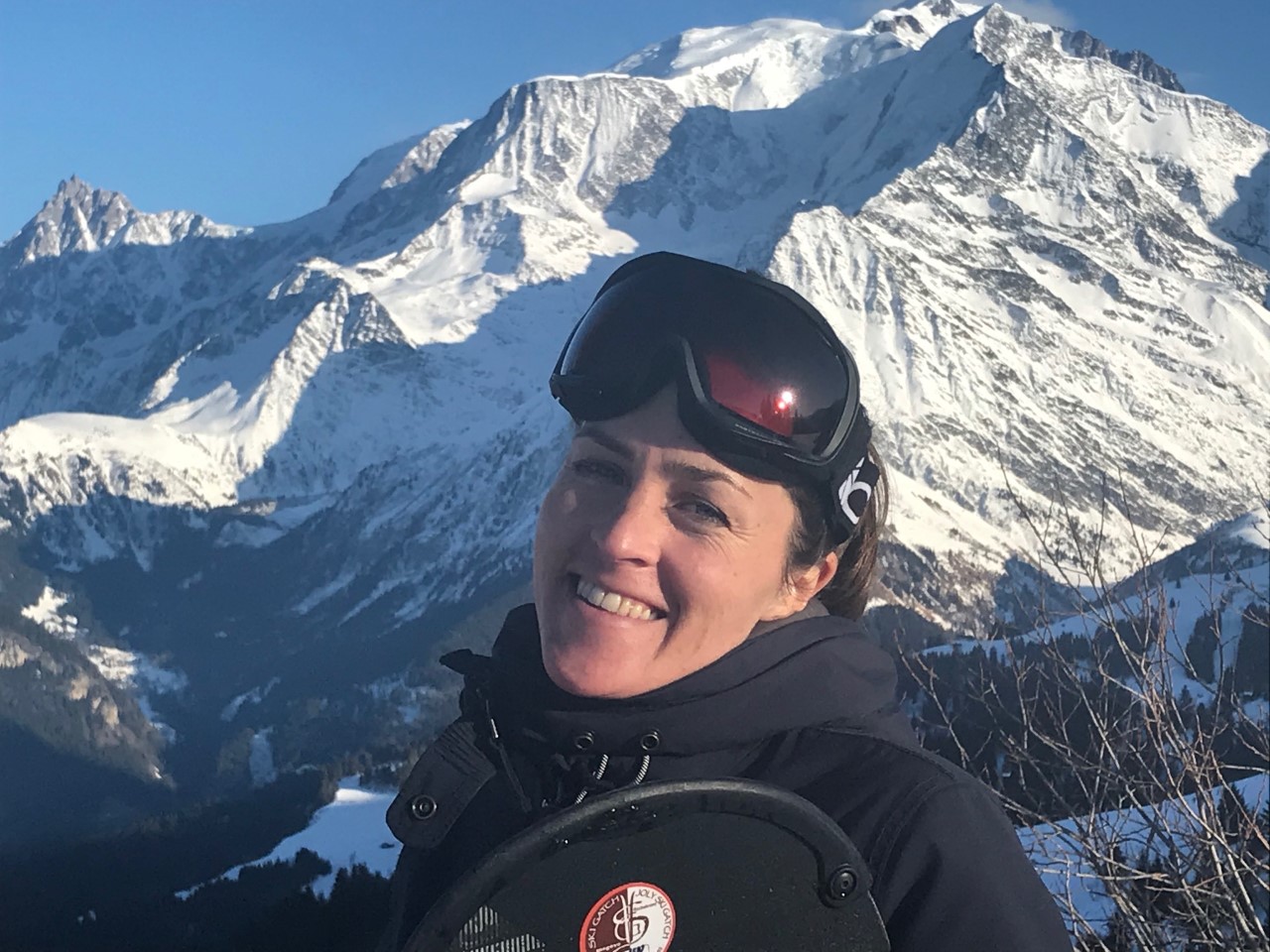 Nicole Van Malder is a designer at Klopf Architecture. She joined the firm in 2020 after working in design-build. She earned her Masters in Architecture at California College of the Arts. Nicole lives in San Francisco with her cat Olivia. She enjoys cooking,  reading, city walks, and traveling. 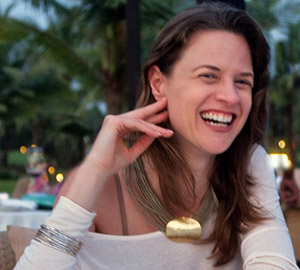 Michelle brings all facets of marketing and accounting to Klopf Architecture. Michelle received her Bachelors in accounting from California State University, East Bay and is a licensed California CPA.

Michelle lives in the SOMA district of San Francisco with her husband and their dog Louie. She is a professional fine artist and enjoys spending time with her family.