The former San Francisco city dwellers fell in love with Sea Ranch with its consistency of designs and the minimal architectural connections to the land. It was important that the massing of their new house also engaged closely with the contours of the landscape. The house with its dark stained siding rises upward toward the back where it blends with the pine and redwood forest behind it. The bedroom loft captures views of the forest through tall vertical windows that mimic the trees outside. A steep sloping roof line flows downward where the living spaces have wider horizontal windows framing the seascape. A truly open floor plan includes just two enclosed bathrooms while the rest of the flex spaces are divided by a series of curtain systems. The functional kitchen wraps around a central core allowing for unobstructed views of the ocean and forest throughout most of the house. 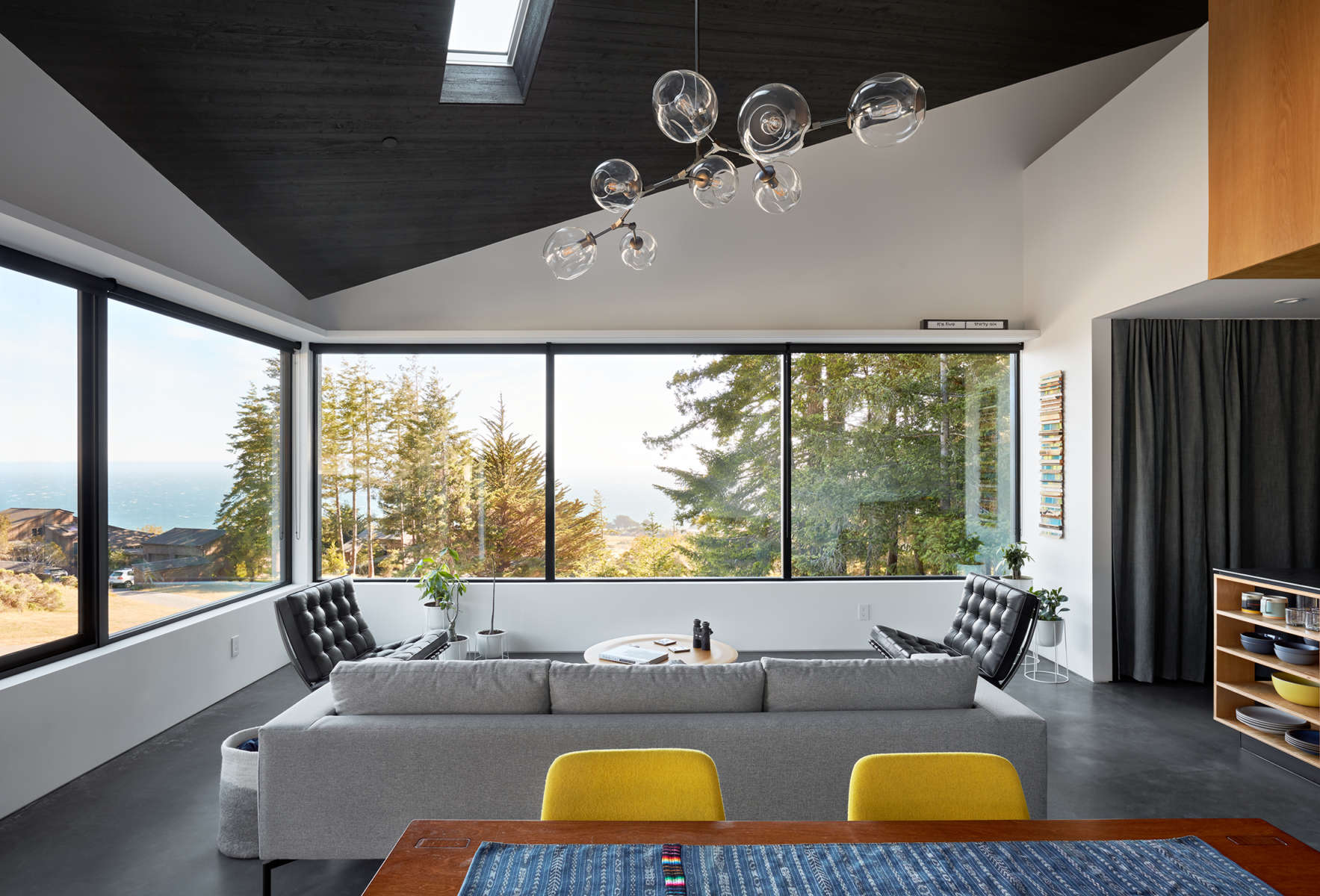 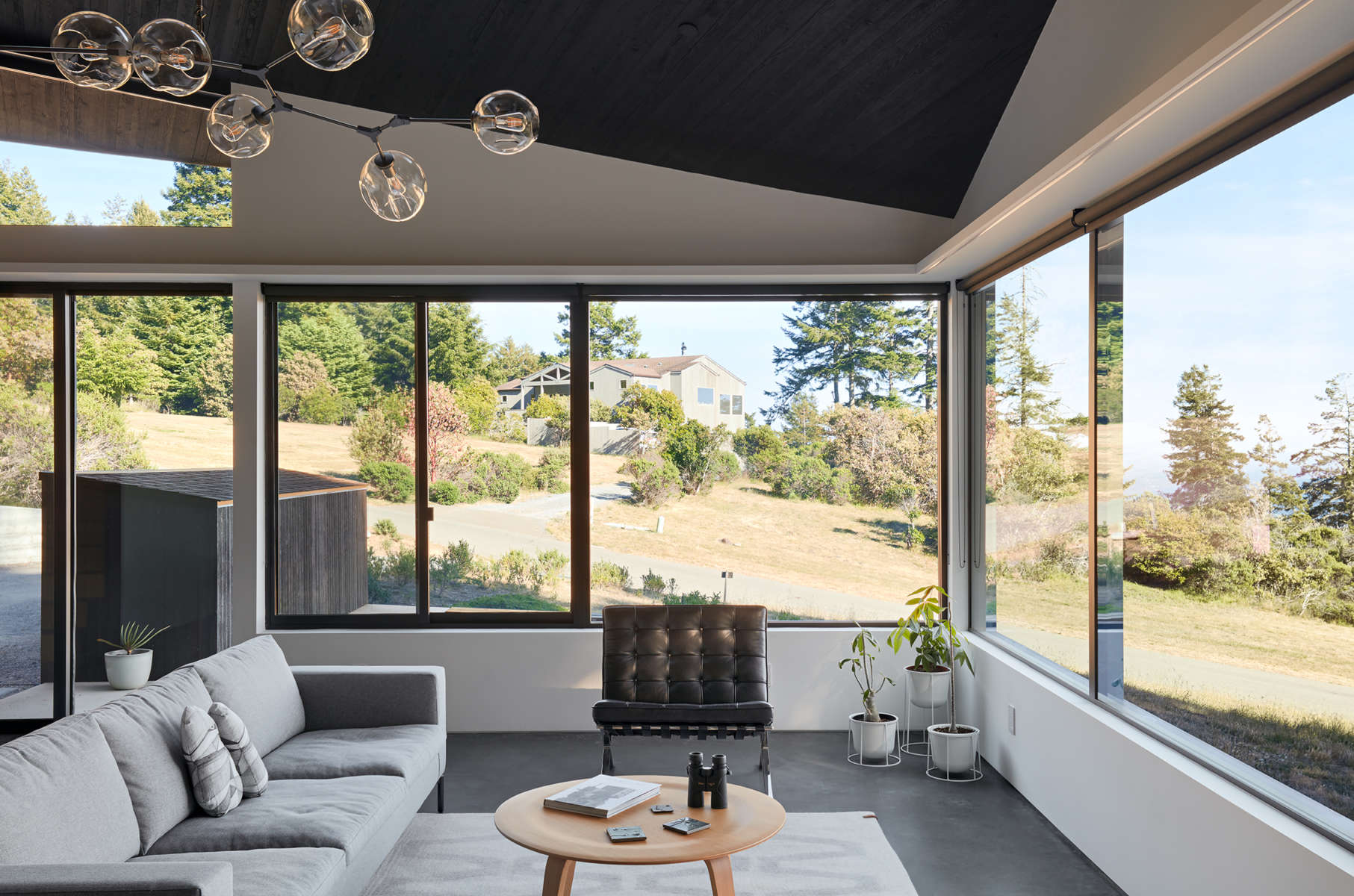 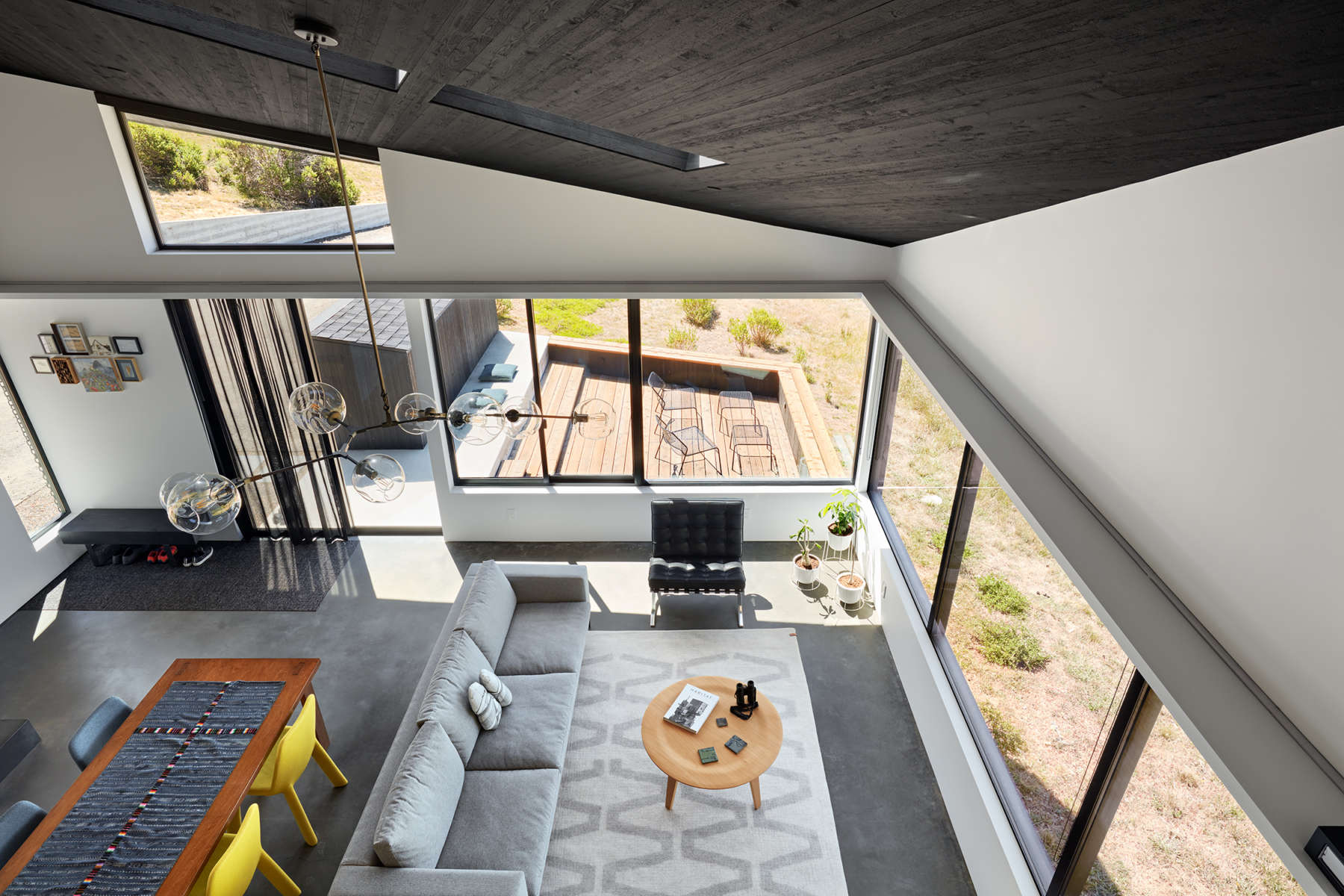 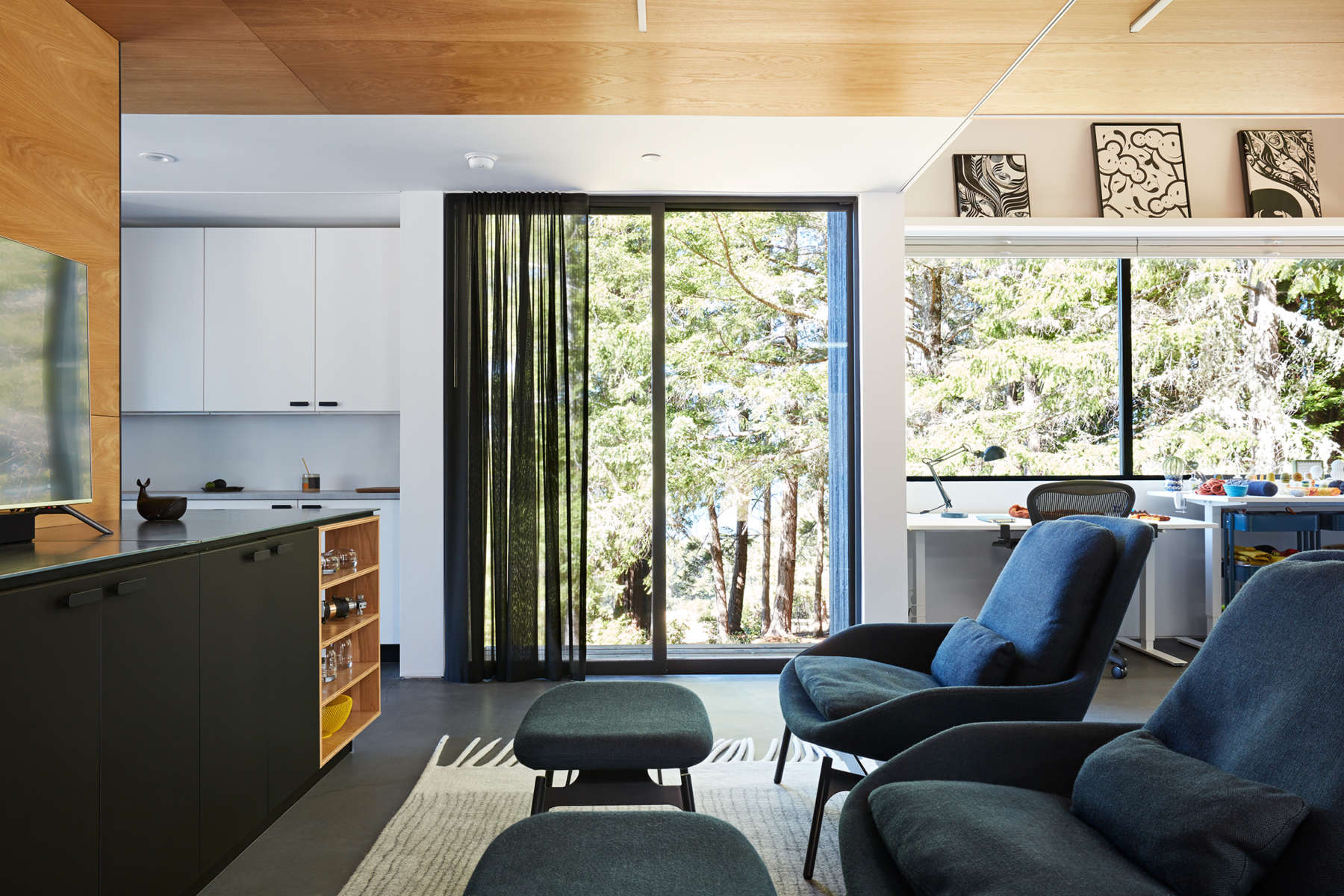 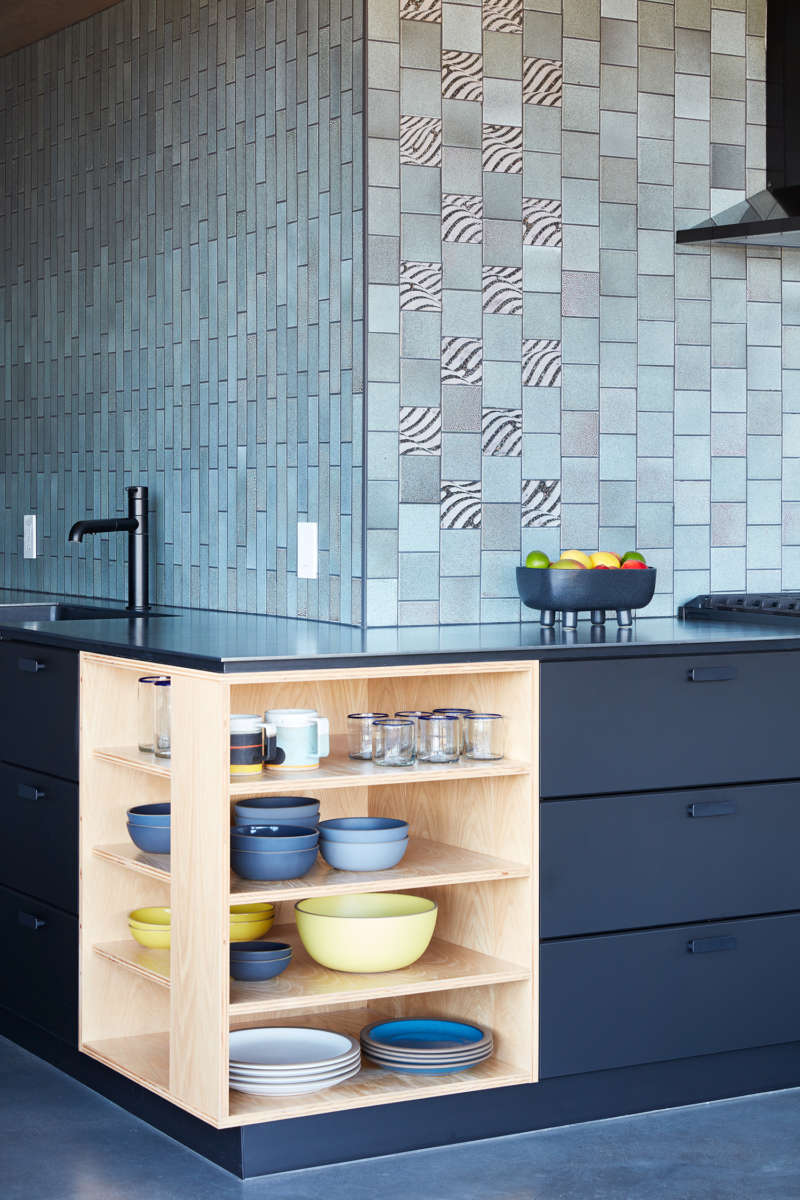 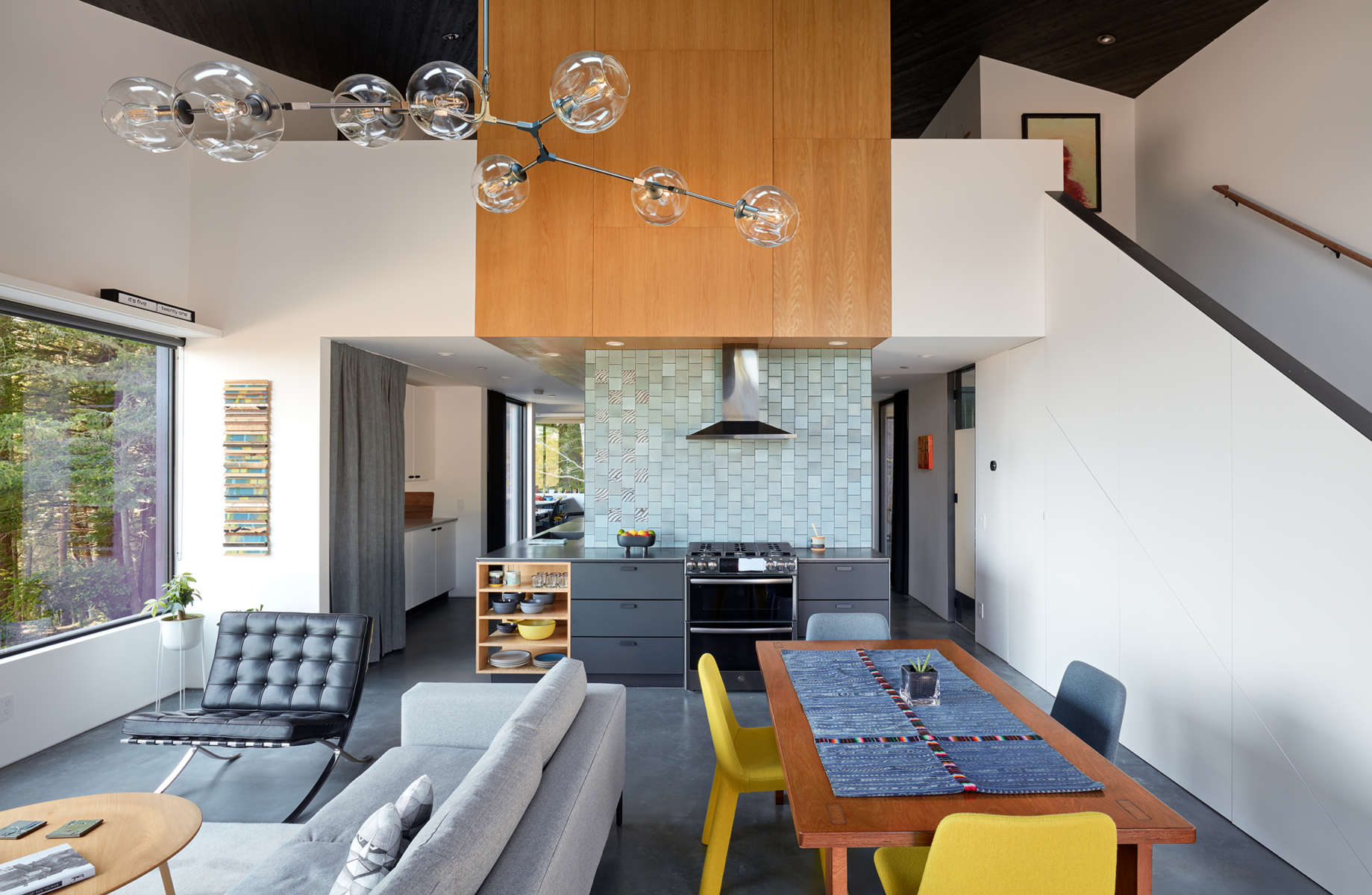 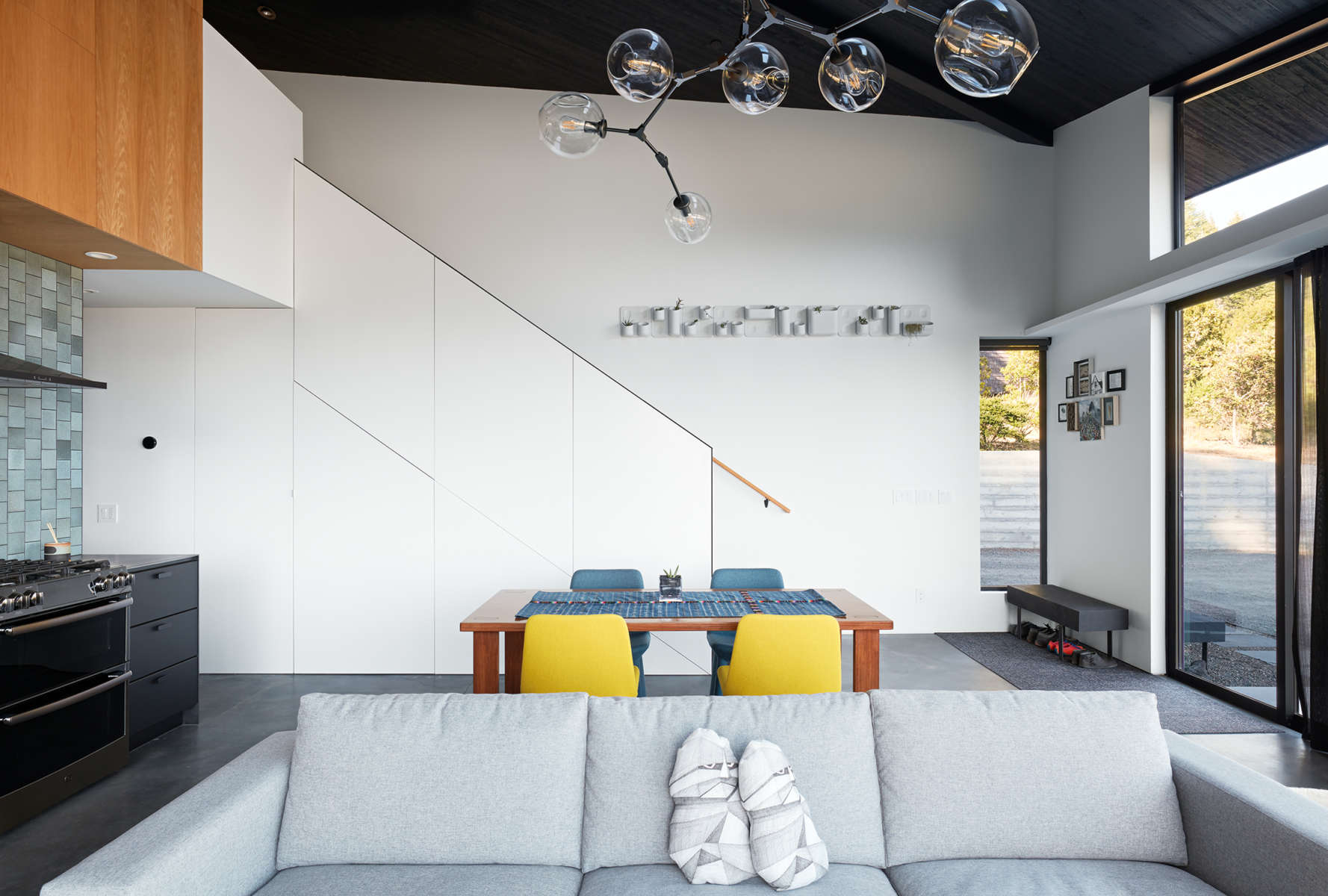 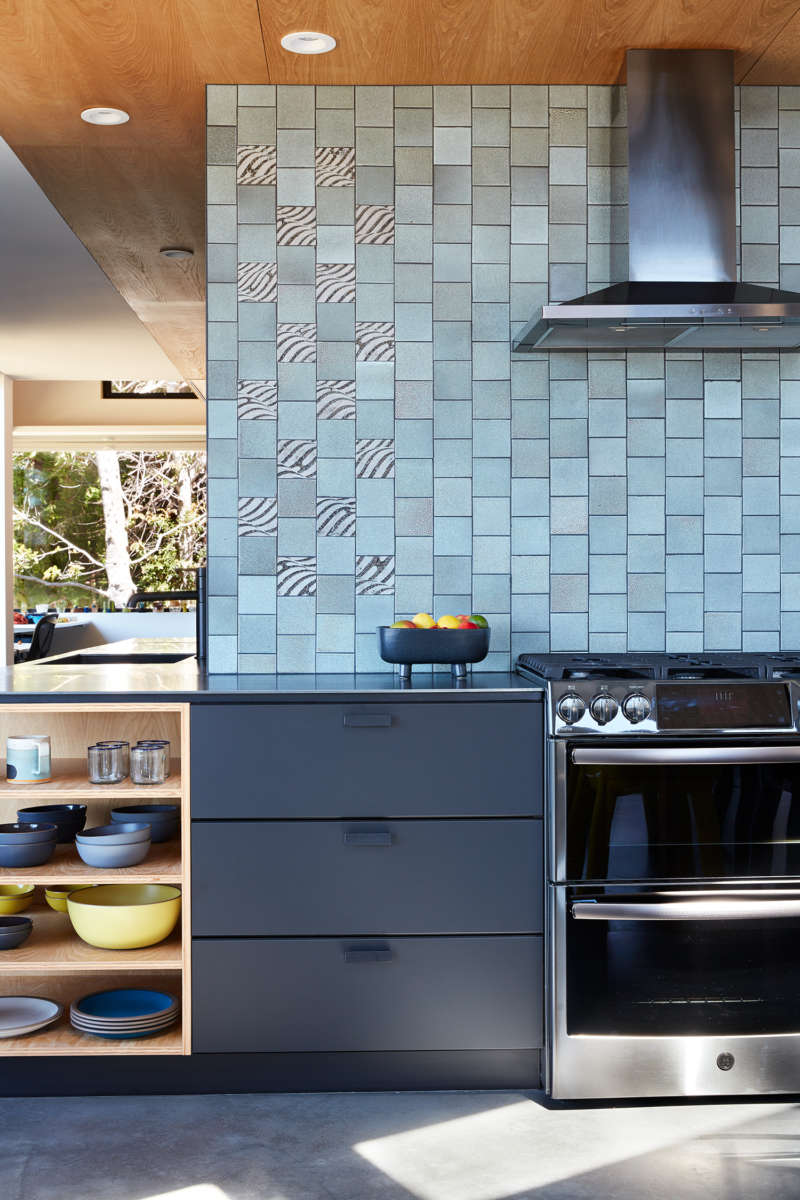 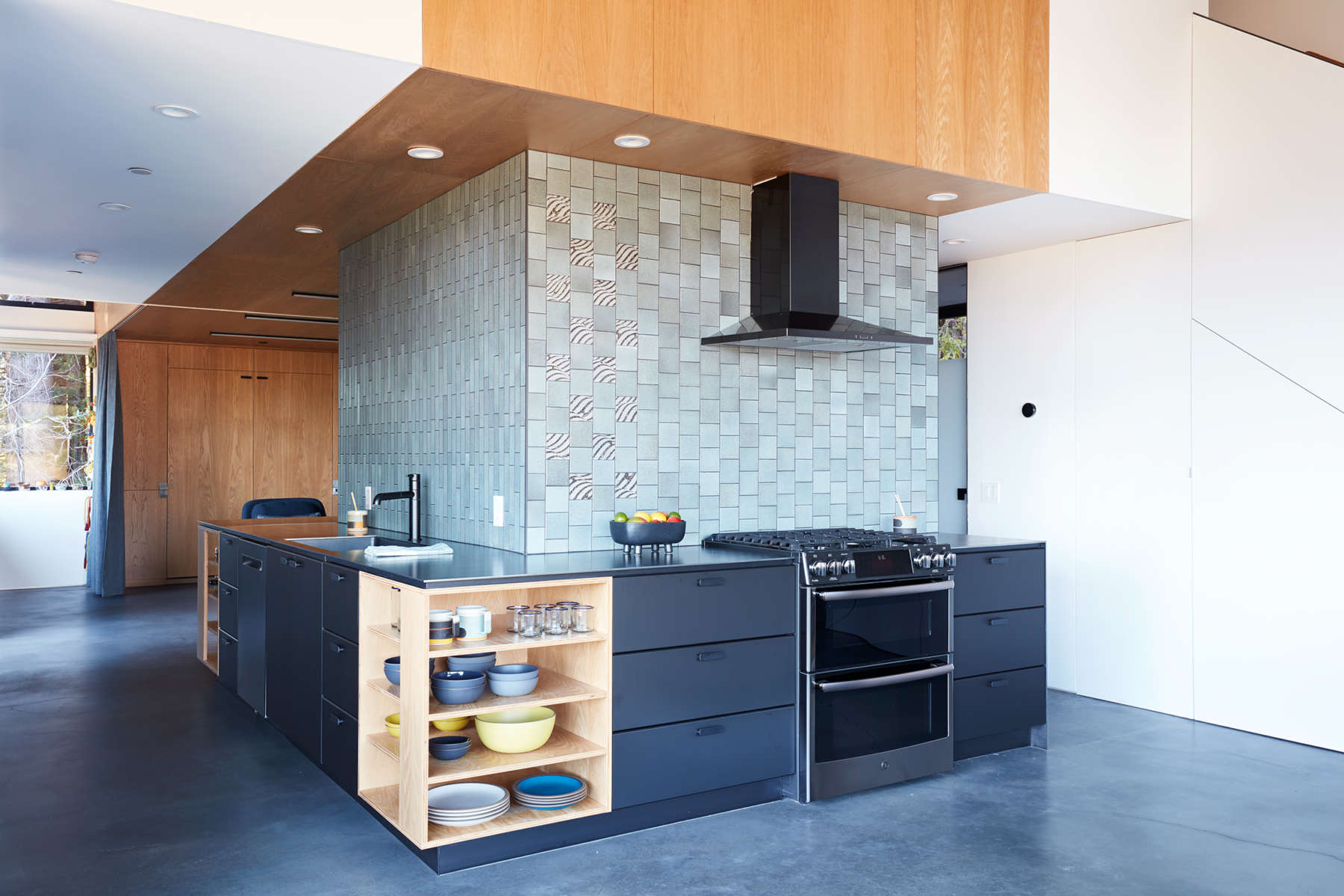 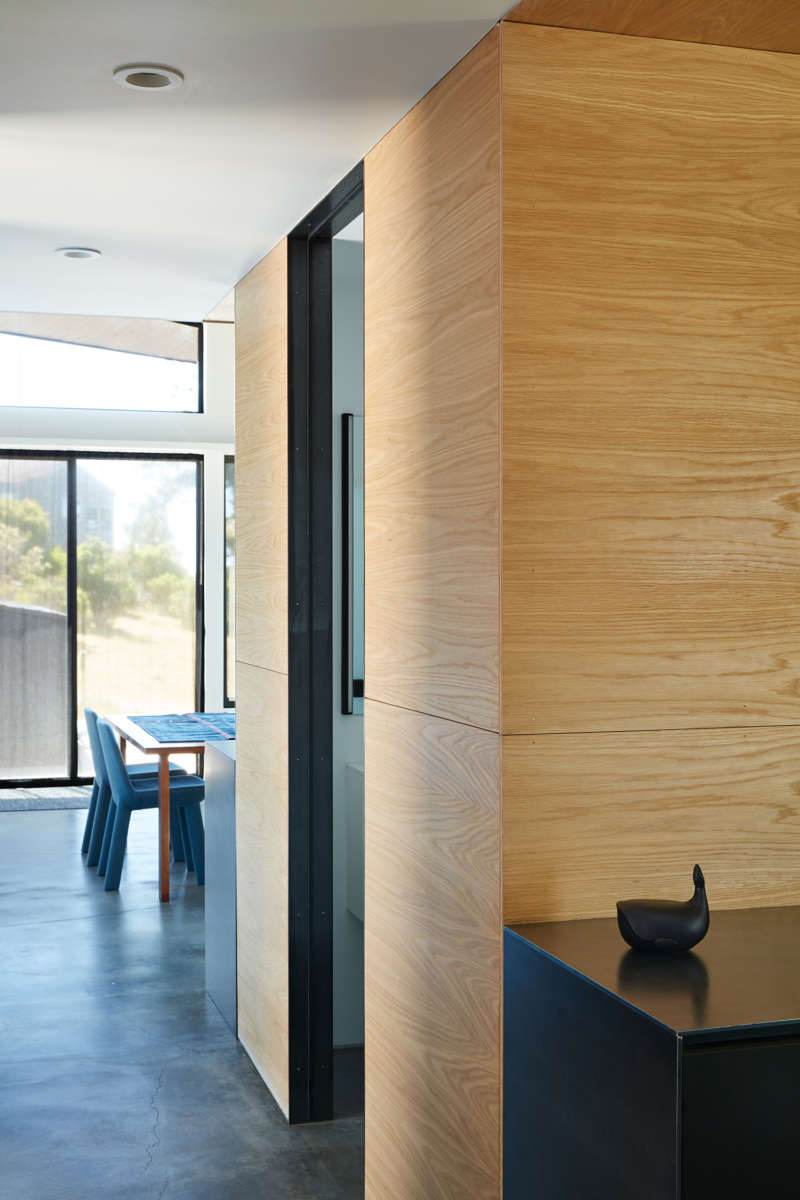 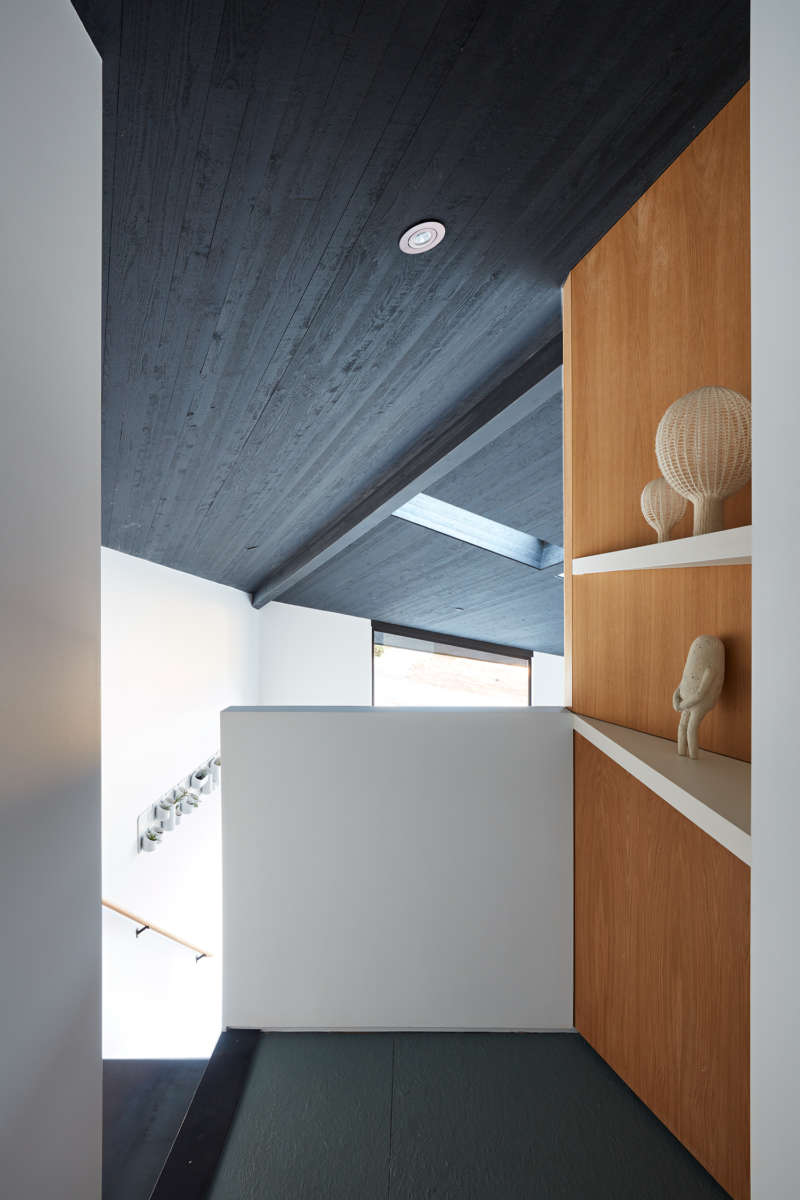 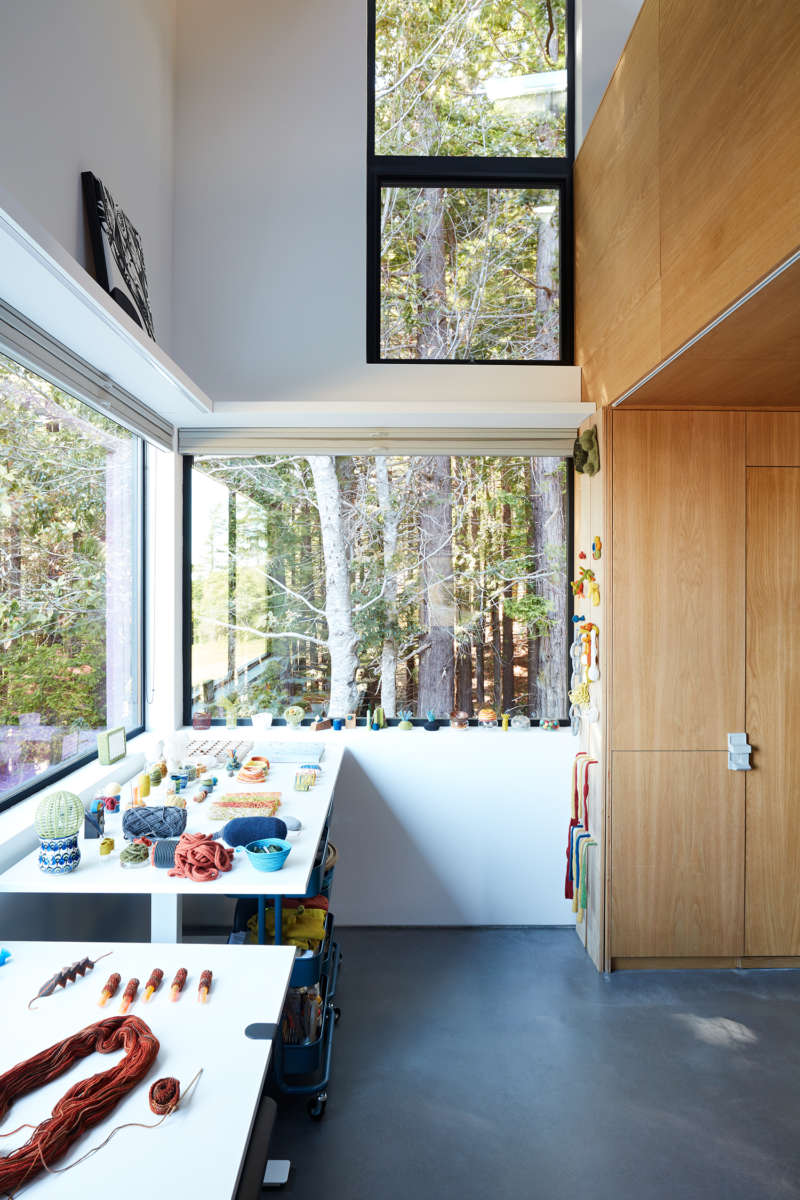 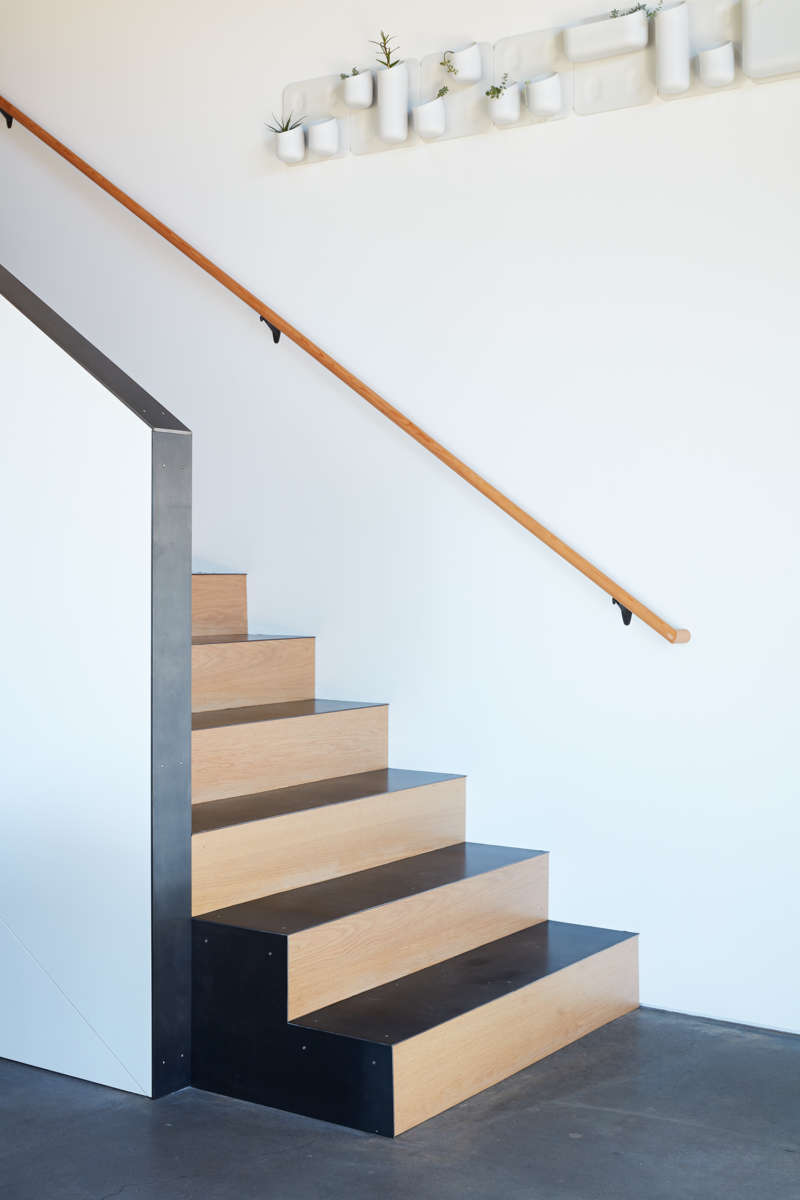 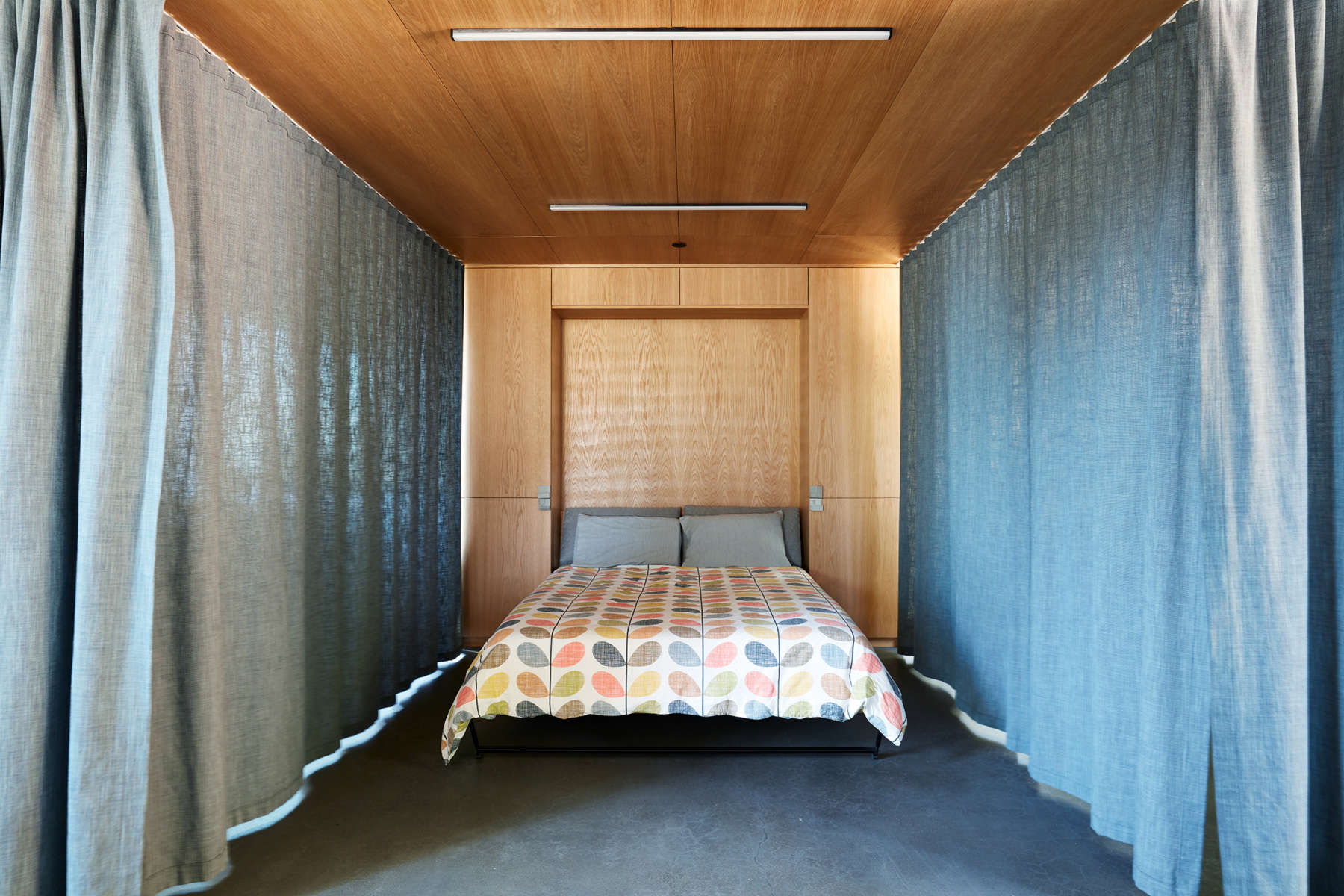 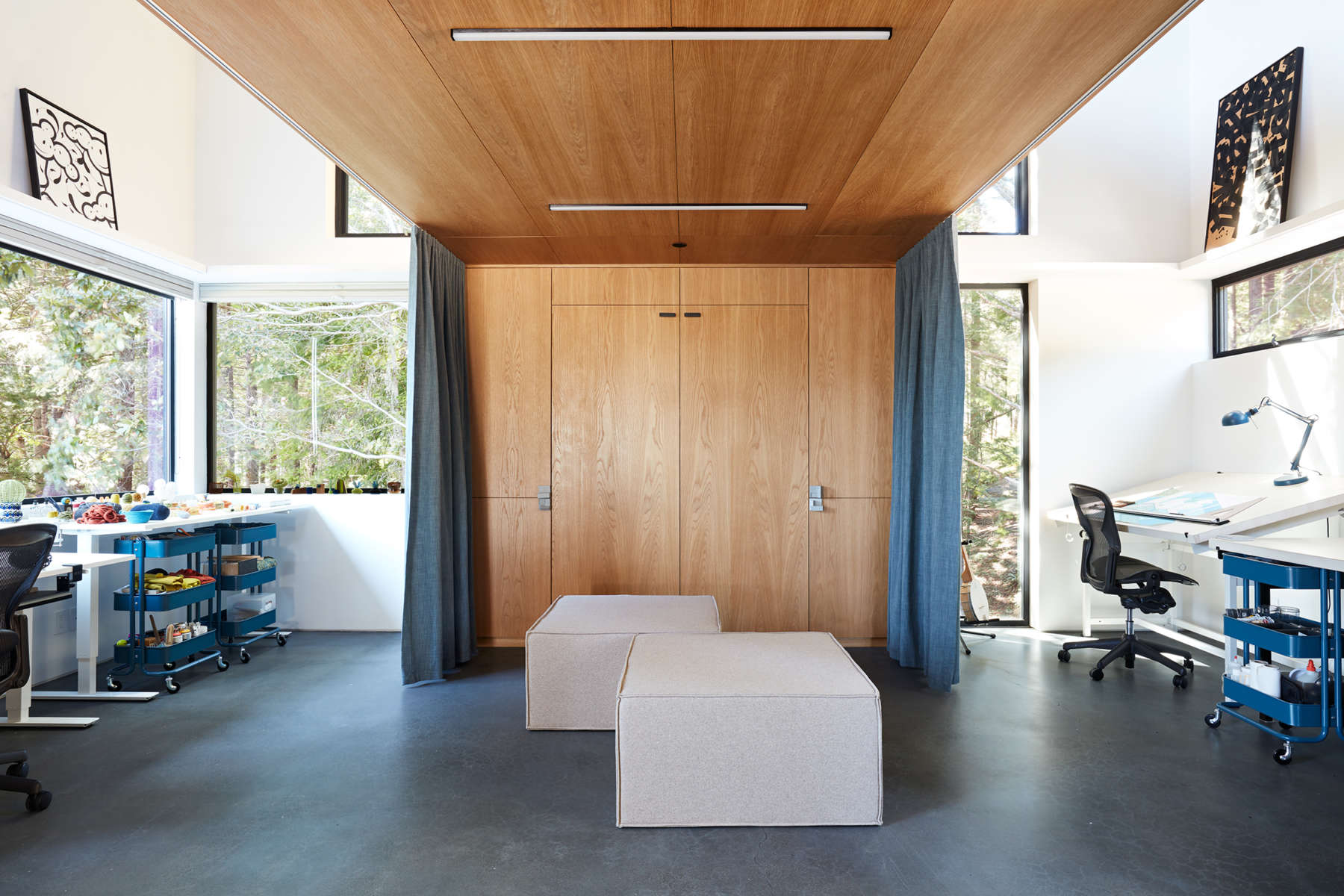 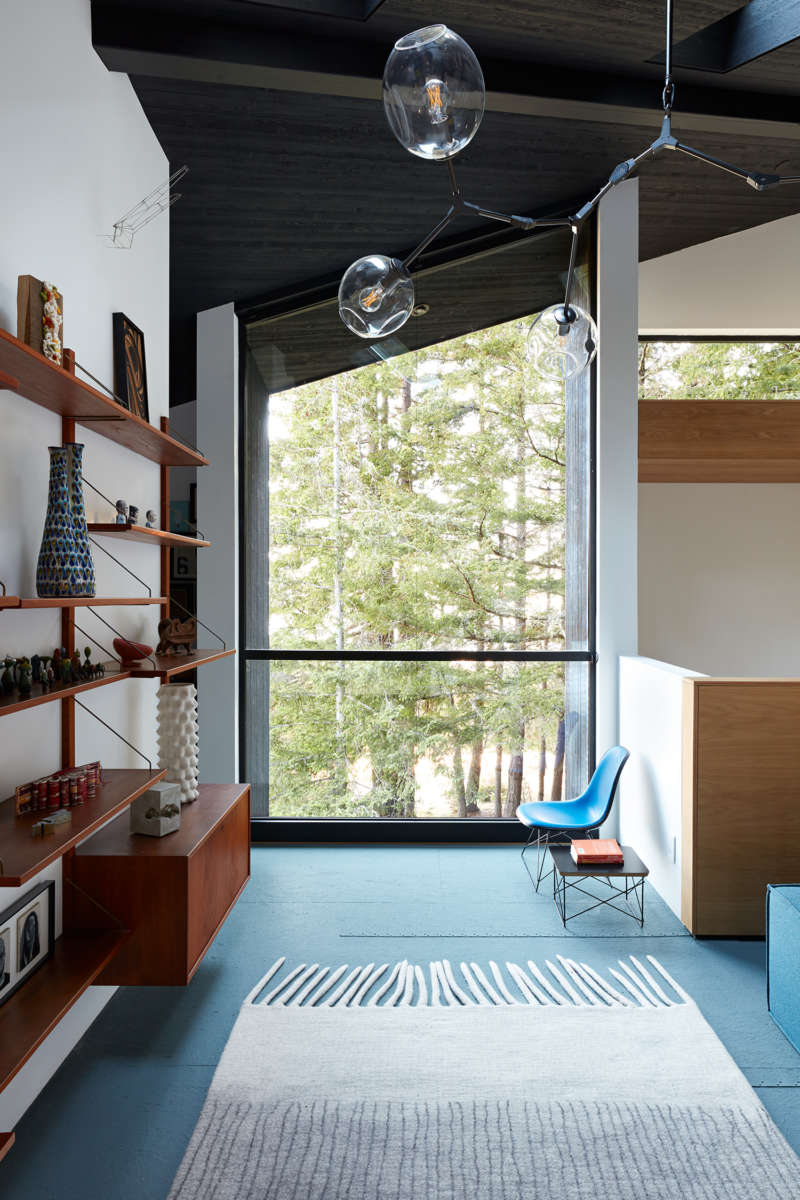 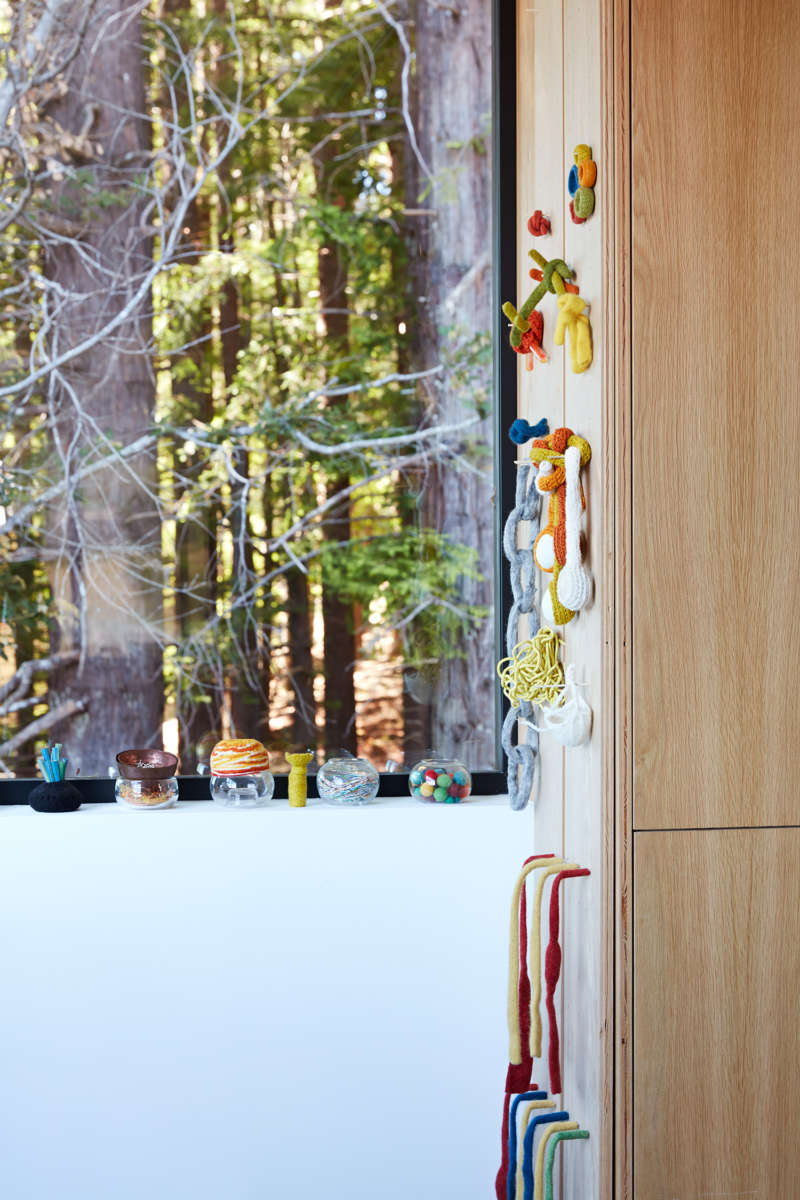 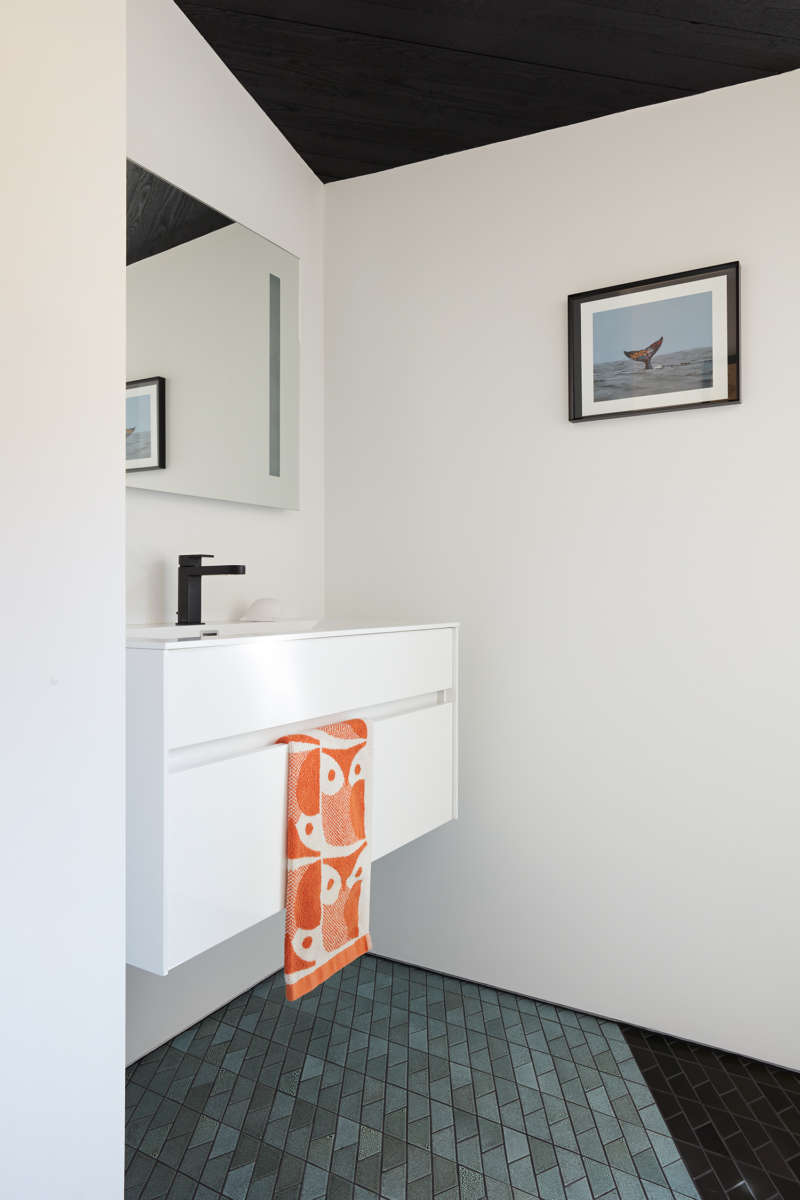 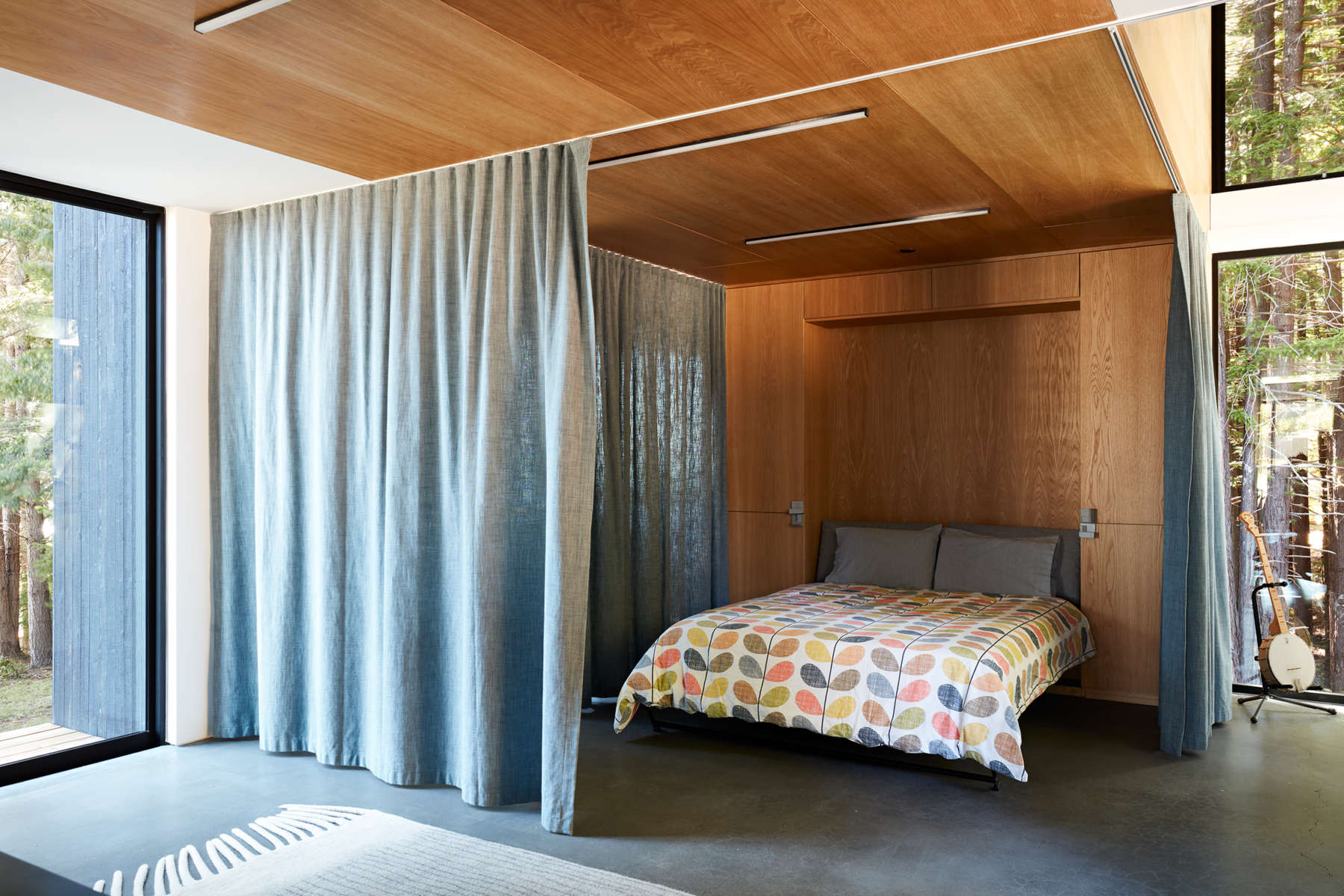 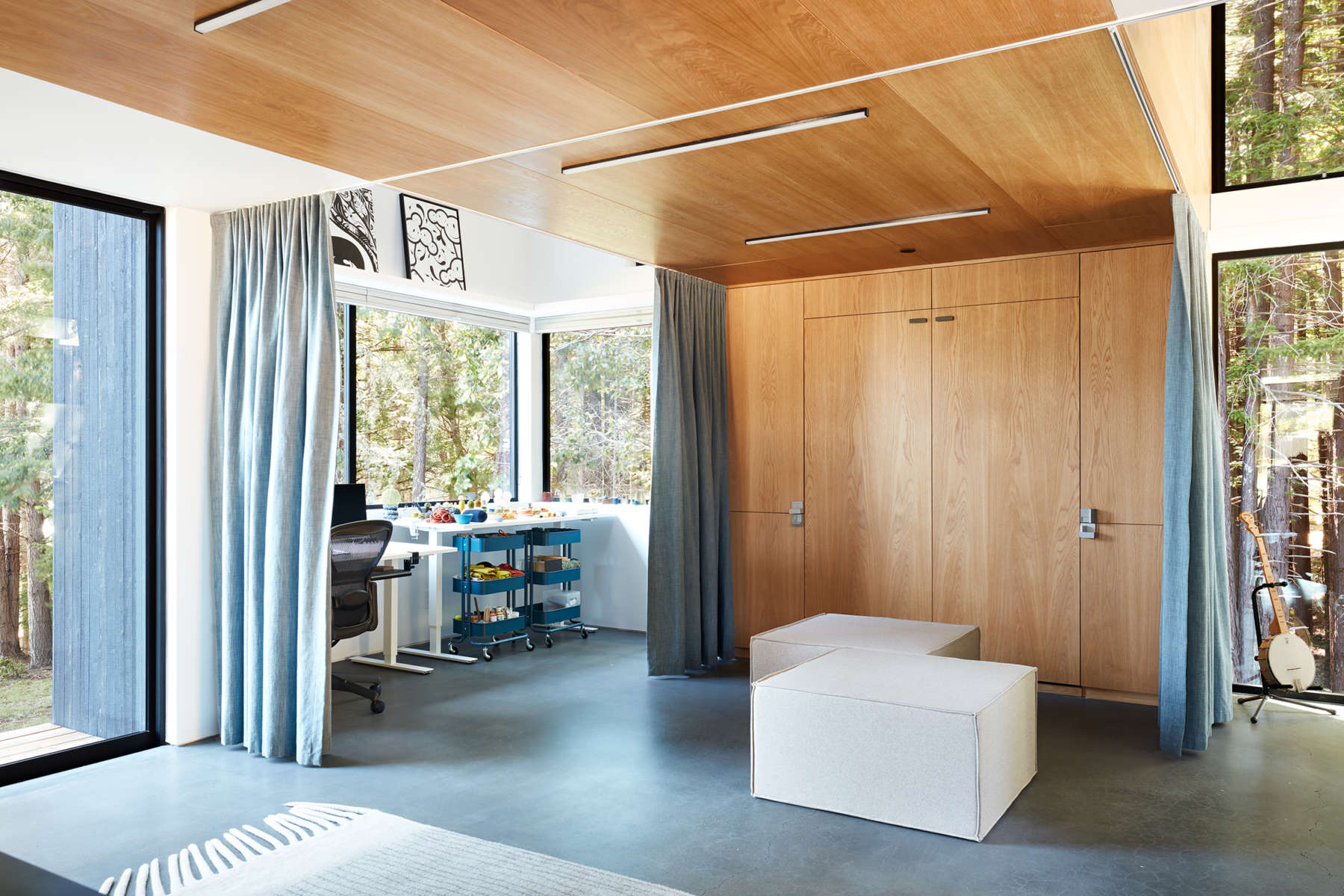 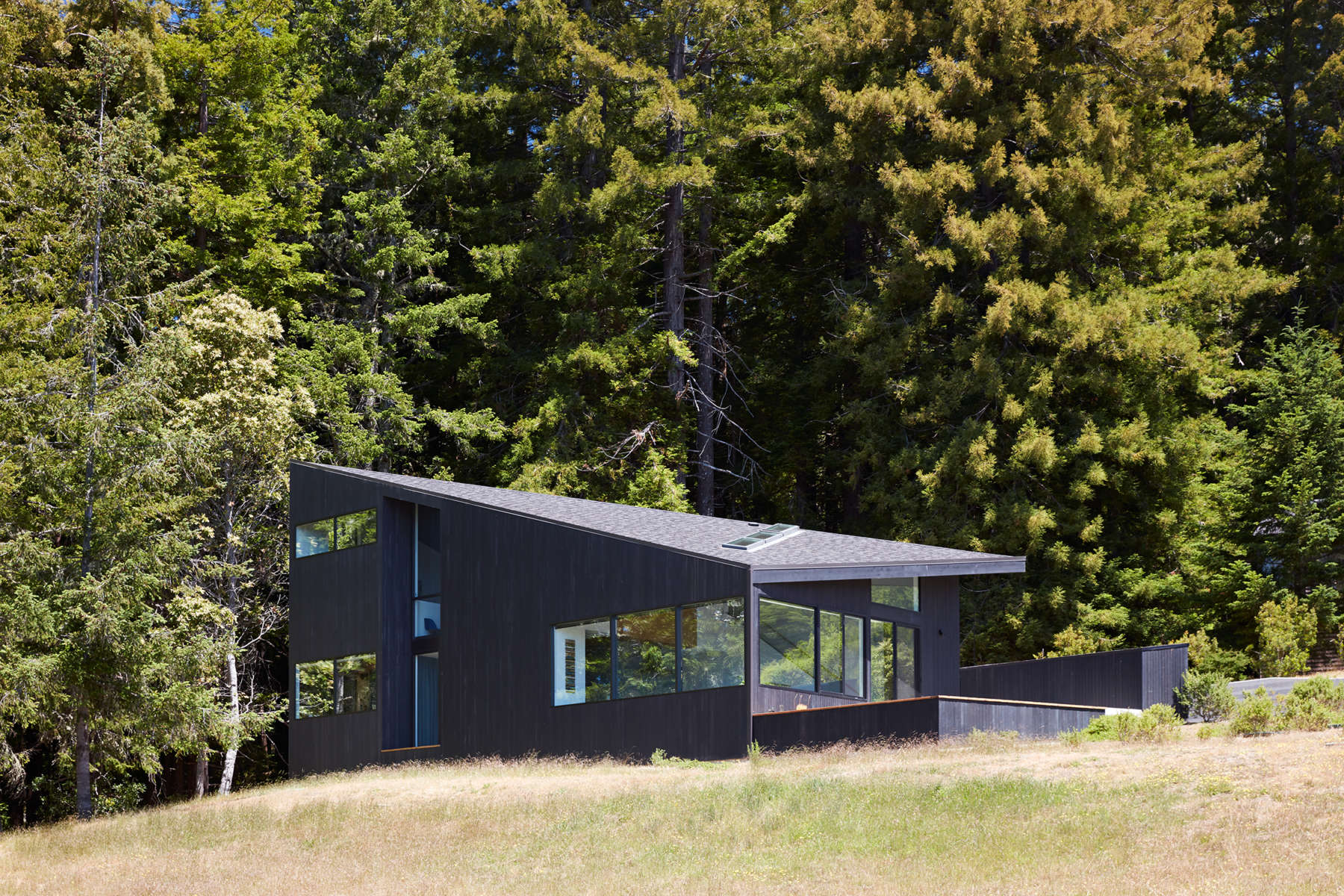 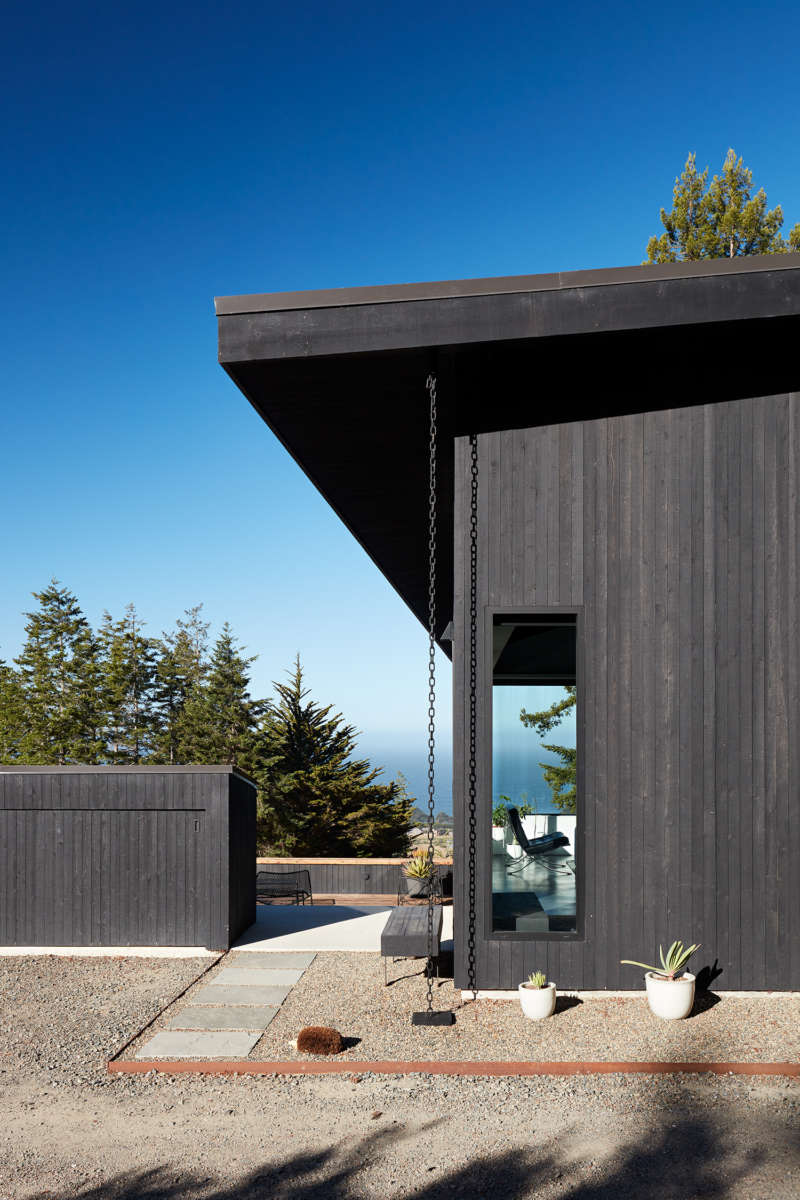 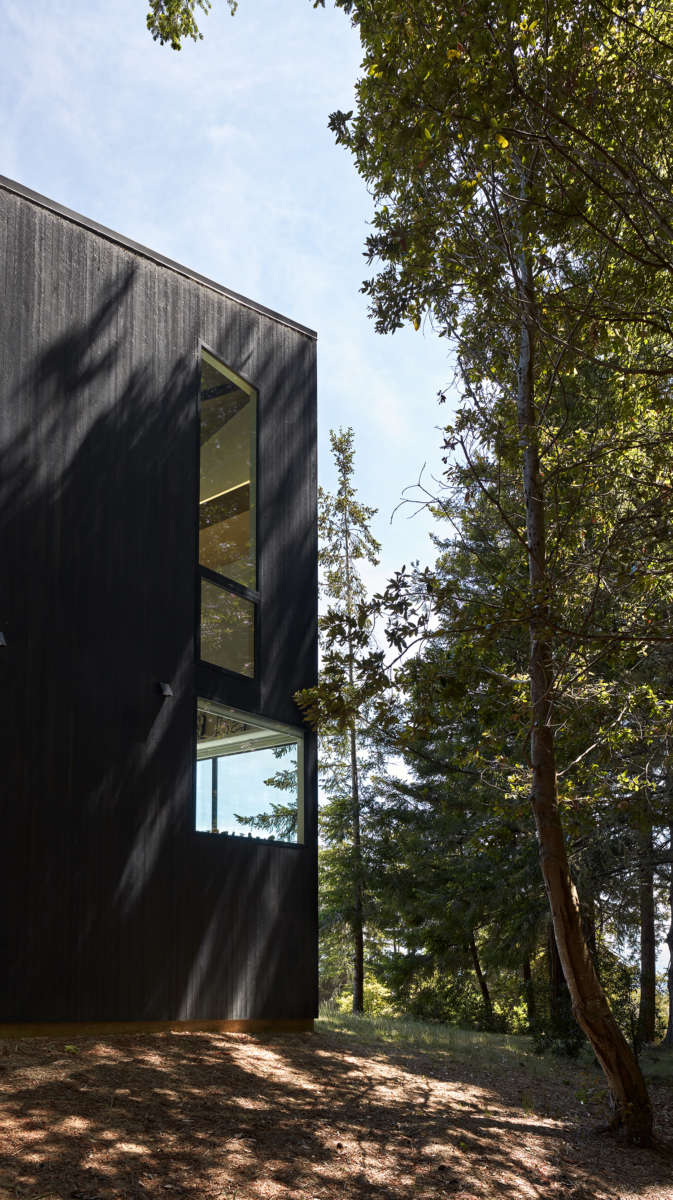